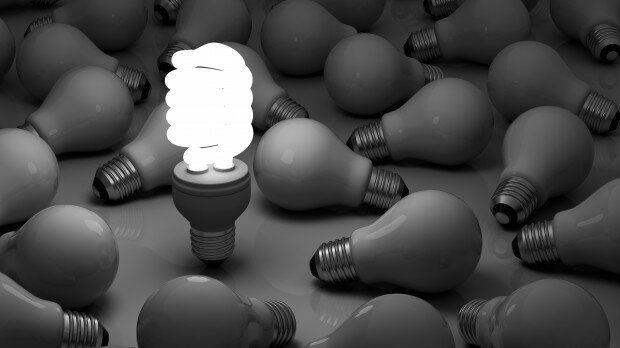 This is a prospective nested case-controlled study, which means it uses subject’s vitamin D blood samples obtained and frozen in the past and then reviews their medical records into the future to see who gets colon cancer, comparing the study subjects to similar members of the group that did not get the illness. Dr. Mazda Jenab and his 45 colleagues from the International Agency for Research on Cancer confirmed that low vitamin D levels are a risk for colon cancer in a dose response manner; those with the highest levels were about twice as less likely to develop colon cancer compared to those with the lowest levels.

Vitamin A and the U-shaped Curve

However, hidden on page eight is one sentence and a small table, which shows that the benefits of vitamin D are almost entirely negated in those with the highest vitamin A intake. And the retinol intake did not have to be that high in these older adults to begin to negate vitamin D’s effects, about 3,000 IU/day. Remember, young autistic children often take 3,500 IU of retinol a day in their powdered multivitamins, which doesn’t count any additional vitamin A given in high, single doses.

This is the largest study to date showing vitamin A blocks vitamin D’s effect and explains some of the anomalies in other papers on vitamin D and cancer. For example, Dr. Rachael Stolzenberg-Solomon of the NIH conducted two similar studies on pancreatic cancer, with startling different results. Her first paper showed high vitamin D levels tripled the subsequent risk of pancreatic cancer, her second paper showed no effect. The difference, the first was conducted in a cod liver oil country, Finland, the second in the United States.

Prostate cancer is another good example. Ten similar studies have been conducted on vitamin D blood levels and the risk of subsequent prostate cancer. Dr. Lu Yin of the German Cancer Research Center reviewed them in detail. Eight of the studies found no relationship but two studies found a U shaped curve, that is, an increased risk of prostate cancer at both lower and higher vitamin D levels. You guessed it; both of these studies were from Nordic countries where cod liver oil consumption is rampant.1

So why is there no relationship between vitamin D levels and the future risk of prostate cancer? All the subjects had their vitamin D levels checked in the late 1980s or 1990s, well into the sun-scare but before the vitamin D revolution.

So how did these older people get high levels of vitamin D back then? Multivitamins? No, they only contained a meaningless 400 IU. Vitamin D supplements? No, they were not widely available back then and only contained a meaningless 200 to 400 IU of vitamin D if available. Sunshine? Maybe, but I doubt it. Studies have shown that the elderly were the first to abide by sun-avoidance advice; anyway, the elderly lose the ability to make vitamin D from sunshine; it takes the elderly up to ten times more time in the sun than the young to make an equivalent amount of vitamin D.

I say this because one author has controlled for retinol intake and the pre-cancerous condition, colon adenomas. Dr. Kyungwon Oh, of the Korea Centers for Disease Control and Prevention, working with Harvard epidemiologists, found that high retinol intake completely thwarted the beneficial effects of vitamin D, stating, “a higher retinol intake, approximately > 4,800 IU/day, appears to counter the beneficial effect of vitamin D . . .” In other words, exactly what the British Medical Journal paper found with colon cancer.2

This a very different study as it looked at vitamin D levels obtained after the diagnosis of breast cancer and subsequent survival in 535 Toronto women between 1989 and 1996. Vitamin D levels ranged from 3 ng/mL to 70 ng/mL. The women with the lowest levels were about twice as likely to die and to suffer distant cancer recurrence compared those with the highest levels. Ten year survival was 85% for those in the upper one-third of vitamin D levels compared to 74% in the lower one-third. However, the data suggested a U shaped curve for the women with levels above 40 ng/mL, that is, a higher risk of dying, but it was not statistically significant.

Again, let’s ask where women would get levels above 40 ng/mL in Toronto between 1989 and 1996? Sunshine? We know the answer is no as the authors found no seasonal variation in 25(OH)D levels in the 535 women, even in the women with the highest levels. So where did blood levels of 40–70 ng/mL come from in the early 1990s?

Vitamin D supplements were not widely available in the early 1990s, and only contained meaningless doses when available. As sunshine was ruled out, they could only have gotten it from cod liver oil. I have emailed Dr. Pamela Goodwin, lead author, asking how hard it would be to see if cod liver oil use was asked about in the dietary questionnaire and if she could control for cod liver oil intake. She did find retinol intake was associated with higher vitamin D levels but I am particularly interested in cod liver oil intake in women with vitamin D levels above 40 ng/mL.

On average, those with the highest vitamin D levels at time of diagnosis lived 2 or 3 times longer. One has to ask how high vitamin D levels are associated with greatly improved survival once you get cancer but a higher risk of getting cancer in the first place. That requires some gymnastic thinking and acrobatic basic science.3, 4, 5

Remember, studies of vitamin D levels and subsequent risk of cancer are only one type of
epidemiological study. Studies of latitude and cancer are quite clear, the less sunshine the higher the cancer risk. Studies of dietary vitamin D intake and cancer are also mostly supportive but such studies are limited by the tiny doses people get in their diets.

So it is not just autistic children that are being harmed by vitamin A. Avoid cod liver oil like the poison it is and check your multivitamins. Life Extension Foundation just reformulated their multivitamin to contain only 500 IU of preformed retinol. And, I am happy to report that Purity Products, which markets my vitamin D, has no preformed retinol at all in any of their multivitamins, only beta-carotene. Purity has also stopped selling cod liver oil. Now, if only Carlson, Solgar, Nature’s Way, and other companies would stop selling cod liver oil and stop selling their concentrated vitamin A supplements to a country whose problem is widespread sub-clinical vitamin A toxicity, I’d be a happier agitator.

Dr. John Cannell is founder of the Vitamin D Council. He has written many peer-reviewed papers on vitamin D and speaks frequently across the United States on the subject. Dr. Cannell holds an M.D. and has served the medical field as a general practitioner, emergency physician, and psychiatrist.
View all posts by John Cannell, MD →
vitamin a