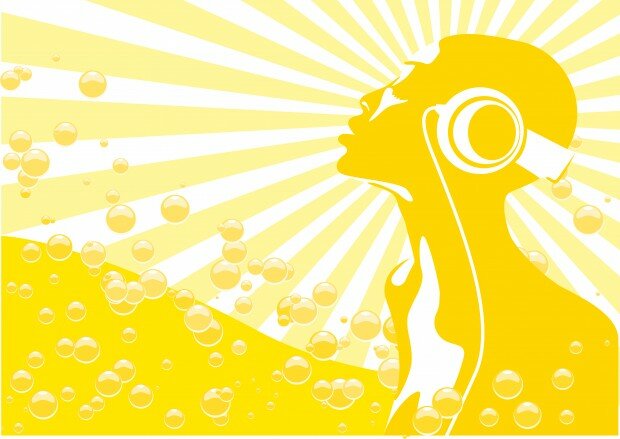 In this month’s newsletter I will review the vitamin D research to answer your questions on topics such as: co-factors, pulmonary function, testing standards, and upcoming vitamin D meetings.

Yes, it is important to have adequate magnesium intake and most Americans do not. A number of people have written about muscle cramps after they start sunbathing or taking Vitamin D. This is likely caused from the neuromuscular hyperexcitability of magnesium deficiency that is somehow unmasked by higher Vitamin D levels.1

Even more interesting were some of the top ten contributors for American Mg intake: coffee, 3.7% of intake; milk, 2.2%; beer, 1.8%; French fries, 1.1%. Not a word about Americans eating many seeds and nuts, the foods loaded with Mg. Dr. Earl Ford of the CDC, the lead author, concluded, “Because magnesium has many potential health benefits, increasing the dietary intake of magnesium in the U.S. population should be an important public health goal.”2

Apparently, Mg is better absorbed from foods than from supplements and Mg absorption varies with the degree of Mg deficiency. Mg is at the heart of the chlorophyll molecule, which is why green vegetables are a good Mg source. Other good sources are nuts, seeds, whole grains, dried fruit, and some fish. The richest source by far on a per gram basis is dried seeds, like pumpkin, sunflower, and sesame seeds, containing between 340–535 mg per 100 gram serving. High Mg foods were probably staples of Paleolithic man.3

Magnesium (Mg) is the forgotten mineral, an “orphan,” as Professor Robert Heaney of Creighton University says. It is the fourth most abundant mineral in the body, for it is involved in more than 300 biochemical reactions. All the enzymes that metabolize Vitamin D require Mg. It is also required in each of the steps concerned with replication, transcription, and translation of genetic information, and thus it is also needed for the genetic mechanism of action of Vitamin D.4, 5

Two interesting cases of Mg dependent Vitamin D-resistant rickets appeared in the Lancet in 1974. Two children, one age two and the other age five, presented with classic rickets. 600,000 IU of Vitamin D daily for ten days did not result in any improvement in six weeks—in either x-rays or alkaline phosphatase—and the doctors diagnosed Vitamin D-resistant rickets. Almost by accident, serum Mg levels were then obtained, which were low in both children. After the treatment with Mg, the rickets rapidly resolved.6

What does that mean? How can one treat rickets with Mg? Remember, these children took a total of 6 million units, that’s a total of 6,000,000 IU of vitamin D over ten days (it was given as injections so we know the children actually took it). Thus, they had plenty of vitamin D but, in their cases, the vitamin D needed Mg to work.

In 1976, Dr. Ramon Medalle and colleagues at the Washington University School of Medicine described five patients with Mg deficiency and low blood calcium whose calcium blood levels would not return to normal after Vitamin D treatment, a condition known as Vitamin D resistance. However, serum calcium promptly returned to normal in all five patients after treatment with Mg, raising the possibility that such Vitamin D resistance may be caused from simple, but severe, Mg deficiency.7

What is not known is how mild to moderate Mg deficiencies (like most Americans apparently have) affect Vitamin D metabolism. The safe thing to do is to eat green leafy vegetables and a handful of sunflower seeds every day (Trader Joe’s sells a variety of seeds). If you can’t, won’t, or don’t end up doing that, then take a Vitamin D supplement with added Mg.

In fact, there are now supplements on the market that contain all the co-factors vitamin D needs to work properly (including magnesium): zinc (the base of the fingers of the Vitamin D Receptor each contains a zinc molecule), Vitamin K2 (Vitamin K helps direct Vitamin D to calcify the proper organs and prevents calcification of improper organs), boron (boron is involved in the rapid, non-genomic action of Vitamin D on the cell wall), and a tiny amount of Vitamin A.

Again, the wisest thing to do is to eat raw green leafy vegetables and a handful of seeds every day as that combination contains the co-factors Vitamin D needs. Please note that this will help supply the body with the nutrients that vitamin D needs, but is not satisfactory to prevent or treat the deficiency of these nutrients in which so many Americans are deficient.

Dr. Cannell: Does showering after sunbathing wash off the Vitamin D? Sarah, Oklahoma

Yes, but how much of the skin’s total production? Agnes Helmer and Cornelius Jensen published a remarkable human/animal study in 1937, showing that significant amounts of Vitamin D are made on the surface of human skin. Reverend Jensen, the senior author, was a professor of biophysics as St. Thomas Aquinas, the precursor of the University of Dayton. The authors collected surface oils from young men before showering, irradiated the oils, and showed those oils contained large amounts of Vitamin D, enough to cure rickets in animals. Then, they tested a very practical question; can those oils be removed by washing? Indeed they found washing, even with plain water, removed much of the Vitamin D from the surface of human skin. Helmer AC, Jensen CH. Vitamin D precursors removed from the skin by washing. Studies Inst. Divi Thomae, 1937, 1:207–216.

Holick, et al’s, landmark 1980 study showing most human Vitamin D production occurs in the deep epidermis was incomplete. It was based on surgically obtained (and assumedly surgically prepped) skin samples that had any remaining surface oils removed by washing with hot water. Indeed, to accurately address the question of where Vitamin D is made, one would need to obtain unwashed human skin, difficult to do even from cadavers.8

It appears to me that the percentage of Vitamin D made on the surface of the human skin, compared to that made inside the skin, is unknown at this time and in need of additional and careful research. Furthermore, if the percentage made on the surface is significant, studies of cutaneous Vitamin D production in modern humans—unless from skin that went unwashed for several weeks—will not give accurate estimates of Vitamin D production in early man. Thus, these studies cannot give an accurate estimate of the “natural” 25(OH)D levels present when the human genome evolved in Northeast Africa.

Dr. Cannell: Last winter, I was having trouble breathing and fever and chills. It hurt when I breathed on the left side. My family doctor found a collection of fluid on the left lung and wanted to drain some of the fluid but I refused. After some research, I determined my problem was most likely pleurisy. From my research, the primary method of treatment is antibiotics. I didn’t like that idea, so I started 50,000 IU of Vitamin D per day. My pain was gone within two weeks and my chest x-ray was normal in four weeks. Should I continue taking 50,000 IU per day?

I hope you continue your website. Your articles are touching so many people. Thanks again for all you do! Peter, North Dakota

You took a chance with your life. Fluid collection in the pleural space can be caused from lots of things, including cancer, blood clots, heart disease, and tuberculosis; that’s why the doctor wanted to get some of the fluid, to make an accurate diagnosis. Be sure you have repeat chest X-rays and a thorough medical examination. Stop the 50,000 IU per day and go down to 5,000 IU per day and have a 25(OH)D blood test in about four months.

That said, you will love reading this 1946 paper. It is available for free PDF download in its entirety: Vitamin D—Its Bactericidal Action.

Dr. Cannell: I understand the federal government is going to come out with some new standards for Vitamin D testing. What are they? Robert, Florida

Actually, the National Institute of Standards and Technology (NIST) are coming out with standards that were supposed to allow reference laboratories to check the accuracy of their Vitamin D techniques. Unfortunately, NIST’s standards dilute with horse serum for their low samples and spike (adding extra 25(OH)D) for their high standards and that will cause problems for some measurement techniques. It is unclear how the big reference labs will compensate for NIST’s procedures.

Vitamin D Testing and the AMA

Yes, and no. They said testing was indicated in those likely to be low but added the usual more research is needed until such testing becomes routine. What is needed is mass testing, screening on a wholesale level. However, the AMA’s action is a step in the right direction. Did you ever wonder just how effective President Obama’s public sector option in his health care plan would be if Vitamin D were a routine part of its prevention program? For that matter, when are insurance companies going to realize how much money they could save by encouraging physicians to screen and supplement their patients with Vitamin D?

Food and Nutrition Board Meeting on Vitamin D

Dr. Cannell: Are you going to the August 4th meeting of the Food and Nutrition Board on Vitamin D in Washington DC? Bruce, Maryland

No, it is not in the Council’s budget. But, the meeting is free, and the public can register to make a 5 minute verbal comment. I encourage anyone who can go to attend the meeting in Washington D.C on August 4: Meeting 2: Committee to Review Dietary Reference Intakes for Vitamin D.

While we are on the subject of Vitamin D meetings, the big one, the week long one, the one that only occurs every two years, with lots of new exciting Vitamin D research, is in Brugge Belgium in October. This is the one I am saving to go to: 14th Vitamin D Workshop, October 4–8, 2009, Brugge, Belgium.

Remember, to compare the technique Quest uses to the technique Lab Corp uses you must divide Quest’s result by 1.3. So your Quest result was really 48 ng/mL, which is close to Lab Corp’s results.

Dr. Cannell: I see things changing very quickly, the AMA, the American Public Health Association, and the American Pediatric Association. They have all changed their Vitamin D positions in the last year. Thank you for all that you do. Jeanne, California

I am certainly not the one who lobbied these organizations for change. The person who did that has lots of friends and knows lots of people. Her name is Carole Baggerly and her organization is GrassrootsHealth. Even the Skin Cancer Foundation, backed by dermatologists and the cosmetic industry, is now recommending 1,000 IU/day. Thank Carole and her friends and network and people skills. Carole is going on a Canadian tour this summer, talking about breast cancer and Vitamin D. You may contact her for more information.

Dr. John Cannell is founder of the Vitamin D Council. He has written many peer-reviewed papers on vitamin D and speaks frequently across the United States on the subject. Dr. Cannell holds an M.D. and has served the medical field as a general practitioner, emergency physician, and psychiatrist.
View all posts by John Cannell, MD →
cofactors