Newsletter: It’s time to get serious 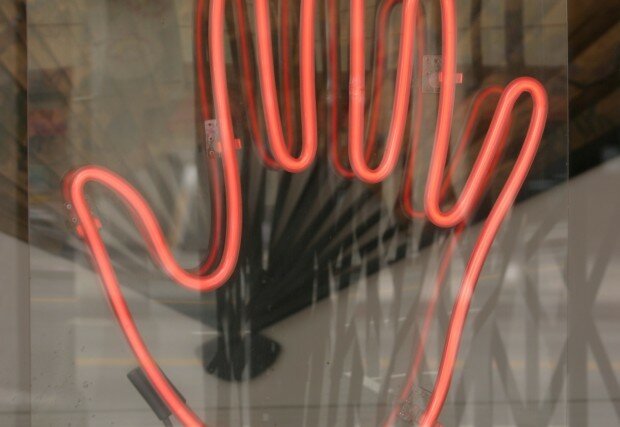 This study adds to the growing list of studies indicating that vitamin D deficiency is an important cause of depression.one that is easily treated. It also stresses the importance of Professor John McGrath’s work (PDF format), showing that vitamin D is intimately involved in brain development. If you like your brain, the brain of your loved ones, the brain of the baby developing inside you, be sure to get adequate amounts of vitamin D.

Dr. Cannell: After reading as much as I could, my parents and I started taking 4000 IU of Vitamin D3 daily, starting in October. Since we live near a very cloudy, northern city (Cleveland), and since we were approaching the late fall and winter months, I felt this dosage was entirely appropriate. So far, my father and I have had absolutely no side effects. My mother, however, is a different story.

For 20 years, my mother has been taking Synthroid. For 15 years she took 75 mcg/day and over the last 5 years had been on 100 mcg/day. By sheer coincidence, less than a week after starting on the Vitamin D, it was time for her annual TSH test. When the results of the test came back, the doctor’s office called and notified her that her TSH level was 13 and had “shot way up.”

Accordingly, they upped her dose of Synthroid to 150 mcg/day as a result of this test. A few weeks later, she developed a rapid heartbeat (~140 bpm). Sensing that the increased dosage of Synthroid might be causing the rapid heartbeat, I checked Pub Med for any linkage between Vitamin D and TSH levels. I found the following two articles:

We immediately contacted the doctor’s office, who took her off the Vitamin D3 and told her to stop taking the Synthroid for 1 week. After 1 week, she resumed the Synthroid at 100 mcg/day, and her TSH levels are now back to normal. Thus, it does appear, in concert with the findings from the above articles, that those patients on synthetic thyroxine should not also be taking supplemental Vitamin D3.
Roy Cleveland, Ohio

This is very interesting and, to my knowledge, the first such report. The first thing to keep in mind is that a TSH of 13, while elevated, is no emergency. Secondly, the studies you cite are in Polish and French and I cannot read them. From the abstract I see that the Polish patients were given calcitriol, not vitamin D. However, 4,000 IU per day (ideally 5,000 IU per day.a physiological dose of vitamin D) will increase tissue levels of calcitriol. People who work outdoors in the summer sun get about 10,000 IU a day.

If an elevated TSH is a side effect of vitamin D supplementation, one would think there would be some reports in the literature. A fairly large study of endocrinology outpatients given 4,000 IU/day, some of whom certainly had thyroid disease that was being monitored, reported no side effects other than an improved mood. Furthermore, if 4,000 IU per day can raise TSH, then summer sun should do the same; TSH levels peak in the spring not in the summer.1, 2

Your mother’s TSH apparently went up 5 years ago as well-without any vitamin D-as that would be the most common reason why her doctor would have increased her Synthroid back then. It’s also possible that her TSH increased before she started the vitamin D, as she had not had a TSH for a year. I predict your mother’s TSH will go up again in the future, without any vitamin D, as most thyroid failure is slowly progressive.

The increased dose of Synthroid, 150 mcg/day, is usually not supra-physiological (more than the thyroid normally makes), so she should not have become hyperthyroid from the Synthroid alone, unless she is a very thin person. Furthermore, without additional thyroid tests it’s impossible to say for sure that her rapid heart rate was due to hyperthyroidism, although it sounds as if it was.

The important question is, “What is your mother is going to do now?” I don’t know what your mother’s vitamin D level is now. If she is not going to take any vitamin D, go into sun tan booths, or vacation down south in the winter, then she will develop vitamin D deficiency, putting her at risk for its many associated diseases.

Dr. Cannell: I have cancer of the colon and the doctors couldn’t get it all. I’ve read about studies showing that cancer patients diagnosed in the summer have a better chance of living. Does this mean vitamin D might help my cancer? How much should I take? Katie Baltimore, MD

That is exactly what these studies mean.vitamin D might help treat cancer. They strongly imply a treatment effect. We won’t know for sure until a direct study is done, that is, we need to give relatively high doses of vitamin D to cancer patients to see if they live longer compared to patients given sugar pills. Given what is known, I sure wouldn’t want to be one of the cancer patients assigned to take the sugar pills.

Professor Johan Moan, from the Department of Physics at the University of Oslo, was the senior author that first reported an association between summer diagnosis and better prognosis.5 His group then verified it with colon cancer and breast cancer and extended it to Hodgkin lymphoma. They will soon publish a paper showing it is true for lung cancer as well. 6, 7, 8

A group from Harvard led by Dr. Wei Zhou and Professor David Christiani took it one step further, combining season of diagnosis with vitamin D intake. They concluded that those lung cancer patients diagnosed during the sunny months who also had the highest vitamin D intake “had a 3-fold better recurrence free survival and a 4.fold better overall survival than those with surgery in winter and low vitamin D intake.” These results were truly amazing and suggest the long sought “cure” for cancer will not be coming out of the pharmaceutical industry but from health food stores and sun tan booths. Anything that prolongs survival is, by definition, effective treatment.9

At this point, no one knows if oral vitamin D would slow down your cancer or how much you should take. I take 5,000 IU in the colder months and go into the sun in the warmer months, just to maintain my 25(OH)D around 50 ng/mL. Future research may show that 10,000 IU per day is indicated in cancer treatment, we just don’t know. Anyone taking that amount should have be under the care of a knowledgeable physician and have their 25(OH)D and serum calcium checked on a regular basis. At this point, the question is not if cancer patients should take vitamin D. The question is: should cancer patients die vitamin D deficient?

Dr. Cannell: I’m a nutritionist and I’m confused. Two studies came out in the last several months about vitamin D and pancreatic cancer. One showed it helped and the other showed it made it worse. What’s up? Kirstin Albuquerque, New Mexico

We are all confused. Now two studies, both from Scandinavia, have found higher risks of cancer with the highest vitamin D blood levels. One study was in prostate cancer and it conflicts with numerous other prostate cancer studies that show the opposite. Now we have a pancreatic cancer study that found Finnish male smokers with the highest vitamin D blood levels at baseline were at a three-fold risk for pancreatic cancer a decade later.10

A possible explanation for the inconsistent results from Scandinavian countries is the high
consumption of cod liver oil in Scandinavia. I say possible because it is too early to indict cod liver oil. However, cod liver oil has noticeable concentrations of known carcinogens.14

Furthermore, the concentration of these carcinogens was much higher in the 1980s (when the Scandinavian pancreatic cancer study began) than it is now.15

Dr. Cannell: I live in Hong Kong. We are near the equator where sunshine is strong all year. If vitamin D prevents the flu, why do we get the flu? Deborah Hong Kong

Great question! If vitamin D is antivral and antibiotic, then influenza should be rare around the equator due to the high intensity of year-round ultraviolet B light. However, the incidence of influenza in Hong Kong is comparable to other countries. Understanding influenza in Hong Kong is particularly important because Hong Kong is close to what many consider to be the epicenter of new influenza strains in southern china and the next highly lethal influenza strain, destined to cause a devastating pandemic, may first be detected in Hong Kong. However, Hong Kong, in spite of being just south of the Tropic of Cancer at latitude 22 degrees, has a significant incidence of year-round vitamin D deficiency due to five factors: avoidance of sunlight, use of sunscreens, high rise buildings, terrible air
pollution, and rainy seasons.

In 1990, a study reported that 55% of Hong Kong patients with fractured hips, 36% of healthy elderly, and 15% of healthy young people had 25(OH)D levels below 20 ng/mL. None of the subjects, even the healthy young adults, had levels above 40 ng/mL at any time of the year.16 In a 1988 study, 25% of subjects had levels less than 20 ng/mL in September and close to 50% had such levels in January. A 1989 study of Hong Kong infants showed almost half had levels less than 20 ng/mL in January through April. None of the infants had adequate levels (higher than 40 ng/mL), not even at the height of the Hong Kong summer.17

Unfortunately, their are no recent studies of vitamin D levels in Hong Kong. However, a recent study in Miami, just a little further north of the equator at latitude 25 degrees North, found that 40% of adults had levels of less than 20 ng/mL at the end of winter.22% had these levels at the end of summer! Few had levels above 40 ng/mL, even at summer’s end. Living in tropical climates simply does not prevent vitamin D deficiency. (This fact is important for all the sunlight and cancer studies because it suggests such studies significantly, perhaps dramatically, underestimate the effect of vitamin D on cancer.)18

In a recent study of attitudes about sunlight, 62% of Hong Kong women did not like going in the sun. Sunscreens and parasols are commonly used, even among those women who know sunlight to be important for adequate vitamin D.19

Surface UVB radiation in Hong Kong reaches its lowest level in January. This is interesting, because a 2002 article in the New England Journal of Medicine found that pediatric hospitalizations for influenza in Hong Kong peaked in January and February for two of the three years studied.20 A 2004 study found influenza deaths at all ages peaked in Hong Kong during January through March for three of the four years studied.21, 22

What is urgently needed is a study assessing vitamin D levels in patients with influenza. Blood from patients infected during the 1997 Avian influenza outbreak is stored in Hong Kong. Six Hong Kong residents died terrible deaths from Avian flu in 1997 while others caught it but had few symptoms. Did 25(OH)D levels decide who lived and who died? Will 25(OH)D levels decide who lives and who dies from influenza this winter?

Dr. John Cannell is founder of the Vitamin D Council. He has written many peer-reviewed papers on vitamin D and speaks frequently across the United States on the subject. Dr. Cannell holds an M.D. and has served the medical field as a general practitioner, emergency physician, and psychiatrist.
View all posts by John Cannell, MD →
This entry was posted in Newsletter. Bookmark the permalink.