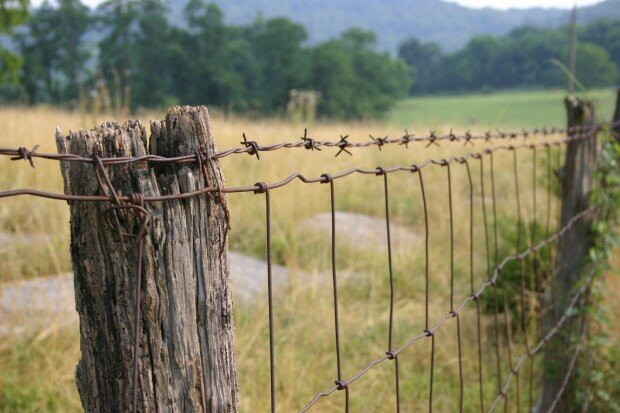 Ask Gary Null, alternative medicine guru and entrepreneur. He took his own supplement, Ultimate Power Meal, for a month and became extremely ill; one batch of Power Meal apparently contained 1,000 times more vitamin D than it should. That is, it contained 2,000,000 IU of vitamin D3 per serving instead of 2,000 IU per serving. Mr. Null became sicker and sicker as he gulped it down.

After suing his own supplier for permanent physical damage, Mr. Null then reported it took 3 months to get the extra vitamin D out of his system and that he is now alive and well.

The earliest references I could find to enormous doses of vitamin D were in the 1930s. In 1935, Drs. Dreyer and Reed, of the University of Illinois School of Medicine, published their observations on 700 patients treated with “massive” doses of vitamin D for up to two years.1

First, the authors report that vitamin D had remarkable treatment effects on all kinds of arthritis, especially rheumatoid arthritis. They report on 67 arthritic patients so treated, with 75% of the patients responding most dramatically.

The authors report that 63 of the 700 patients on this dosage became clinically toxic. That is, about 10% of the patients on these doses became sick (toxic) from the vitamin D. Today, we usually think of vitamin D toxicity as asymptomatic high blood calcium but these were old time doctors; toxic meant sick.

How did they treat the 63 patients who became sick from massive doses of vitamin D? Hospitalize them in the ICU? No, they simply stopped the vitamin D, told them to drink plenty of fluids, waited for the symptoms of toxicity to dissipate, and then restarted them on a lower dose, such as 150,000 IU per day.

The authors do mention that many of the patients had high blood calcium, one in the 20s, but if the patients were not sick, the doctors didn’t care about the calcium. As the authors did not draw serum calcium on all of the 700 patients, we don’t know what percentage of patients on these doses became hypercalcemic.

The authors report that the symptoms of vitamin D toxicity began with persistent nausea, which the doctors instructed their patients to be on the lookout for, as well as increased frequency of urination without increased volume of urine. Weakness and increased thirst were common, and “if the treatment is continued, diarrhea, gripping pain in the gastrointestinal tract, and vomiting.” The authors bragged that they could not report on pathological findings in toxicity, because none of their 700 patients had died and “come to autopsy.”

In 1934, the Journal of the American Medical Association published a study on vitamin D overdose: Reed CI. Symptoms of Viosterol overdosage in human subjects. JAMA. 1934;102:1745–1748.

They reported on 300 patients given high doses of vitamin D2 for asthma and hay fever. The author reported that each cc contained 900,000 IU of vitamin D2. The good doctor gave one patient 3 cc per day for five days (that would be a total dose of 13.5 million units) “without the slightest evidence of injury.”

However, in his conclusion, Dr. Reed was much more conservative:

“There need be little apprehension about the administration of amounts ranging up to 150,000 international units daily for indefinite periods. Larger amounts had better be limited to periods of a few months at most, depending on the therapeutic effects desired.”

Dr. Rappaport and colleagues at the University of Illinois studied the effects of Viosterol (vitamin D2) on asthma and hay fever in 212 patients, giving placebo to a control group. The authors reported that 82% of the hay fever patients and 96% of the asthma patients “experienced definitive significant relief.” The authors concluded that the “optimum dose” of vitamin D was 60,000 to 300,000 IU per day.

Things began to change in the 1940s. In 1946, two case reports of fatal vitamin D toxicity in adults (the authors report five previous fatal cases in children) appeared in the medical literature.1

Another case report of a fatal dose of vitamin D in adults appeared in 1947. This death was from Ertron, vitamin D2, at a dose of 150,000 IU daily for 18 months, and it included a description of foot lesions similar to what Gary Null reported. This paper is free to download and I suggest everyone who is flirting with the idea of using massive doses of vitamin D obtain it and read it. It is chilling to read the detailed autopsy report.2

By 1948, the medical community began condemning the use of such massive doses of vitamin D as evidenced by a paper from Johns Hopkins University:

The authors reference 12 earlier papers on vitamin D intoxication with calcification of everything from the kidneys to the sclera of the eyes. The first symptoms of vitamin D toxicity in their series of 11 patients were weight loss and fatigue, which occurred before the anorexia (poor appetite) and vomiting. All of their patients suffered from kidney damage and anemia. Virtually all of the patients had a characteristic eye lesion, which are calcium deposits in the sclera and cornea, just beneath the conjunctival basement membrane.

All patients had high blood calcium, ranging from 12.4 to 15.1 mg per 100 cc. Dosages of vitamin D ranged from the lowest at 150,000 IU/day for 4 months (serum calcium 13.9) to the highest at 500,000 IU/day for 18 months (serum calcium 14.3). They reported on another patient who developed hypercalcemia after she reported taking 300,000 IU of vitamin D2 for only 2 weeks; she also had eye lesions evident on slit lamp exam. Although accurate follow up was not possible due to the fact the patients came from around the country, no patients died but some suffered permanent renal damage from the excessive doses of vitamin D.

The treatment the authors used for vitamin D toxicity was discontinuing the vitamin D, drinking 4,000 cc of fluid per day, and a low calcium diet. Improvement occurred within 2–8 weeks when nausea, vomiting, and lassitude disappeared. Blood calcium fell in all patients by one month but continued to be elevated for as long as a year in one patient.

These reports of toxicity were all the medical profession needed to condemn vitamin D as dangerous, as I learned in medical school in the early 1970s. The dark ages of vitamin D meant that for several generations of doctors, vitamin D was toxic at all but the most meaningless doses. Its use to treat asthma and arthritis became verboten. For fifty years, doctors forgot about vitamin D — other than vitamin D deficient rickets — because of fear of toxicity. During these dark ages, the Food and Nutrition Board periodically reviewed vitamin D and repeatedly distributed toxicity alarms, along with their recommendations that we only take insignificant doses.

Out of the dark ages

Then, at the turn of the century, Professor Reinhold Vieth of the University of Toronto showed us the way out of the dark ages with an objective review of the toxicity literature.

After Vieth’s paper, in the first few years of this century, a steady stream of vitamin D papers began flowing out of research labs, with the number of publications increasing every year. For example, scientists published 1,582 new papers on vitamin D in the first six months of 2010. Very few are about toxicity, instead they cover a breathtaking variety of diseases. These papers raise the possibility that many of the diseases that we take as being part of the human condition are not part of the human condition, instead they are simply the result of the toxicity scare: vitamin D deficiency. That is, these diseases are simply different presentations of the same deficiency. In that way, vitamin D deficiency is similar to syphilis.

Sir William Osler said, “Know syphilis in all its manifestations and relations and all other things clinical will be added unto you. Know syphilis and the whole of medicine is opened to you.” He called it the “Great Imitator,” because late stages of syphilis simulate almost every disease known to man. Smoking is similar, some smokers get emphysema, some lung cancer, some heart disease, some bladder cancer, some pancreatic cancer, and some live to be 100. Increasingly, vitamin D deficiency looks as if it may do the same thing. Some vitamin D deficient people will get asthma, others cancer, others heart disease, others autoimmune illness, and some will live to be 100.

Let’s look at one rare disease, childhood multiple sclerosis, a nightmare for any parent to face. The child will have problems with vision, co-ordination, or balance, with relapses and remissions, that is the disease seems to come and go. Recently, Dr. Ellen Mowry and her colleagues discovered that these relapses, these periods of active autoimmune illness, are associated with low levels of vitamin D. The disease comes and goes as vitamin D levels come and go. Dr. Mowrey speculated that a 15 ng/mL increase in vitamin D levels would cut the relapse rate in half.3

Dr. Mowry did not raise the fundamental question: would these children have become ill in the first place if they had adequate amounts of vitamin D during their growth and development? The average vitamin D level of these 110 children was 22 ng/mL, so Dr. Morey could not say what an increase to 50 ng/mL would do, nor could she say if low vitamin D levels were what allowed the disease to appear in the first place.

Unlike syphilis, vitamin D deficiency is largely an iatrogenic disease, caused by the medical profession’s near hysterical fear of vitamin D toxicity. Physicians simply forgot what Paracelsus said many years ago, “All things are poison and nothing is without poison, the dose alone permits something to be poisonous.” We went from intemperance in the 1930s to hysteria in the 1950s and we are only now coming to our senses.

We look around at the diseases debilitating our children, the triple A epidemics of autoimmune disorders, asthma, and autism. All are truly epidemic, all are debilitating or worse, and vitamin D is involved in all three. We failed to make sure our children had enough vitamin D throughout their growth and development and now our children suffer, in large part because of the hysteria over vitamin D toxicity.

What dose is toxic? I don’t know but I’d guess for some adults it is around 50,000 IU/day. However, it will vary widely and some people may get asymptomatic side effects on lower doses, such as kidney damage, without getting clinical signs of toxicity. Just because you feel fine, that does not mean your kidneys are fine.