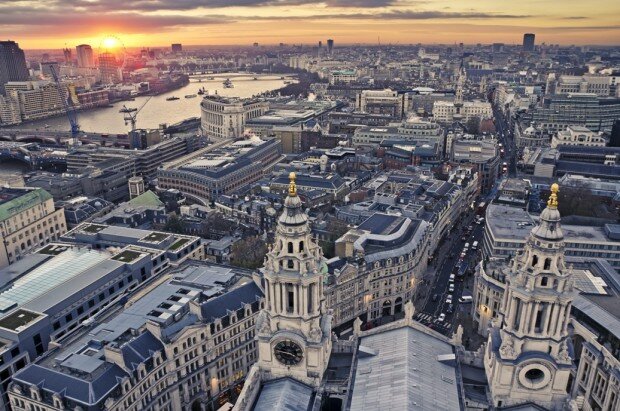 A free link to the complete paper, Epidemic Influenza and vitamin D, is available halfway down the homepage on the website. In it, we document the evidence that epidemic influenza, and even some of the viruses that cause the common cold, may be prevented by adequate doses of vitamin D. The Independent ran a feature article on our paper, but you’ll have to pay a British Pound to read it. Medical News Today was kind enough to print a detailed article about how the observations were made, the theory developed, and the paper written.

When you think about it, the flu and cold season is indistinguishable from the vitamin D deficiency season. Every autumn, as vitamin D levels plummet, the incidence of colds and flu skyrocket. After vitamin D levels bottom out during the darkest days of the cold and flu season, vitamin D levels rise again in the spring and the incidence of colds and flu steadily decrease until they virtually disappear during the vitamin D rich summer. It may be quite simple. Your body’s innate immunity, especially the production of innate natural antibiotics called antimicrobial peptides, goes up and down every year with your vitamin D levels. (Acquired immunity is quite different, those are the antibodies you slowly develop after an infection or a flu shot.) Maintaining summer-time vitamin D levels in the winter – by taking adequate amounts of vitamin D (5,000 IU) in the winter – may help prevent colds or the flu by stimulating innate immunity. Preventing some of the one million deaths in the world every year from flu related illnesses is exciting enough; an equally exciting possibility is that large doses of vitamin D may be useful in treating the flu – as well as other infections.

In reviewing the influenza literature, American influenza experts remind me of the man who fell in love with one twin sister, ignored the other, and thus took the road that Robert Frost warned against, “the road more traveled by.” Both girls were beautiful, intelligent, and had enchanting depths to their characters. His chosen one was popular and steady, her twin was distant and volatile. The man wooed and married the steady one, spending his life trying to understand his constant wife while dismissing her mercurial sister. However, the man went to his grave understanding neither his constant wife nor her cyclical sister. As anyone who has married a twin will tell you, twins are intimately attached and you must get to know them both if you are to understand either. Long ago, American flu experts fell in love with Ms. Acquired Immunity (boosting antibodies with flu shots), while ignoring her twin, Ms. Innate Immunity (the body’s inherent ability to immediately attack and kill the flu virus). Throughout their seventy year marriage to Ms. Acquired Immunity, American influenza experts failed to notice that Ms. Innate Immunity’s mercurial nature went up and down with the seasons of the year.

American influenzologists continue to believe that flu vaccines, which stimulate acquired immunity or viral-specific antibodies, will protect us from the coming pandemic. They have spent their lives plumbing the depths of Ms. Acquired Immunity, trying to develop a better flu vaccine. Unfortunately, a recent meta-analysis in the British journal, the Lancelet, concluded, “In elderly individuals living in the community, (influenza) vaccines were not significantly effective against influenza, influenza-like illness, or pneumonia.” The authors concluded the overall effect of flu shots is “modest,” at best. “Modest” is a complicated medical term that means “not much.” Edwin Kilbourne, the grandfather and reigning godfather of American influenzologists said it better, “The effect of current vaccination programs on morbidity is insignificant, and that on mortality marginal.”

British influenzologists have not been as infatuated with acquired immunity as their American counterparts. The roads first diverged between British and American virologists many years ago when three Brits (Andrewes, Laidlaw, and Smith) were credited with discovering the influenza virus; the Yanks thought Shope (who had earlier isolated the virus in pigs) should have had the honor. Then, in 1976, British experts warned the United States not to embark on the mass immunization of 43,000,000 Americans with the swine flu vaccine. The Americans ignored the British warning, which proved prophetic when swine flu failed to appear, but an outbreak of immunization related Guillain-Barre’ Syndrome did. The program was halted and the director of the Centers for Disease Control (CDC) fired. For a fascinating set of papers on influenza that deals with these and other issues – available for free – go to the CDC website:

When you read these papers, you’ll see American virologists continue to ignore the most remarkable aspect of influenza – it kills us in the winter but virtually disappears in the summer. In 1992, the British epidemiologist, Edgar Hope-Simpson, wrote that understanding influenza’s “seasonal factor may be of critical value in designing prophylaxis against the disease.” In effect, he was reminding his American colleagues that the key to influenza may not be down the road of boosting acquired immunity by flu shots but rather through better understanding innate immunity. Among the last sentences Hope-Simpson ever published, he pleaded that “it might be rewarding if persons, who are in a position to do so, will look more closely at the operative mechanisms that are causing such seasonal behavior.” That was a plea to American influenza experts to look more closely at innate immunity. They ignored his plea and continued down “the road more traveled by.” For those who like scientists who took the other road, “the road less traveled by,” Hope- Simpson’s 1992 book on epidemic influenza is a masterpiece.

The Transmission of Epidemic Influenza (The Language of Science)

Not only were Hope-Simpson’s words ignored, some American influenzologists ridiculed his “seasonal factor” as evidence of British scientific naiveté. Now, fifteen years after Hope-Simpson’s plea, U.S. influenzologists are preparing for another mass flu immunization, this time against bird flu, to stimulate their lover, Ms. Acquired Immunity while ignoring her sister Ms. Innate Immunity. While Ms. Acquired Immunity is lovely, dark and deep, American flu experts “have promises to keep, and miles to go before” they sleep. As Robert Frost said, they failed to take “the road less traveled by (innate immunity) and that has made all the difference.”

Dr. John Cannell is founder of the Vitamin D Council. He has written many peer-reviewed papers on vitamin D and speaks frequently across the United States on the subject. Dr. Cannell holds an M.D. and has served the medical field as a general practitioner, emergency physician, and psychiatrist.
View all posts by John Cannell, MD →
influenza