"On several patients even though the 25(OH)D2 level is up, their sleep and headaches are no better."

I am a neurologist in Oklahoma. I wrote to you a few months ago about the observation that all of my patients with sleep disorders had low vitamin D and that when I was able to replace D, and get the level above 50, their sleep and secondarily several of their neurologic problems, improved, especially their headaches.

I have since stumbled into a few unexpected holes and have learned a lot but now have some questions regarding the D2 imposter. My medical colleagues that are using D2 (Drisdol) for bone health have no symptoms to follow in response to supplementing and think that they have accomplished what they want when they get the 25(OH)D2 above 50. The problem is that I am using D3 supplement for other things and have learned that the sleep and headaches improve with the right dose of D3 but that the same dose of D2 does not work at all.

On several patients even though the 25(OH)D2 level is up, their sleep and headaches are no better. For example, today I saw a woman who has all the same symptoms as all my other patients; poor sleep, indigestion, daily headache, all worsening after her second pregnancy 4 years ago. Her 25(OH)D2 was 52 and she was not supplementing, so I did not ask her to take D3. After receiving several calls from her about her headaches not getting any better I decided to try supplementing D3 the way I am in all the other patients at 20,000 IU for one month. Since starting D3 supplement her sleep is better and her headaches are gone.

The sleep effect ties to many of the neurologic disorders that get better with D3, improved sleep, seizures, headaches, vertigo, tremor, gait, Parkinson's, depression, psychosis, hypertension. I'm interested in anyone else watching similar effects on their patients?

That is great news for millions of headache sufferers, as well as those suffering from other neurological disorders. I always recommend D3 and see no reason for anyone to take D2, it is not human vitamin D. It is a vitamin D analogue that happened to be discovered before D3 by the University of Wisconsin, who patented it. It was then sold, and still is, as the only available prescription vitamin D, Drisdol.

Currently, most scientists are specifying whether they use D2 or D3 in their studies, but that was not always the case in the past. All studies done with D2 will need to be repeated with D3; if the studies were negative, they need to be repeated to see if they are also negative with D3; if they were positive, they need to be repeated with D3 to see if the effect size is the same or not. Most milk now contains D3. If your patient had a 25(OH)D2 of 52 and had not been on D2 supplements or eating large amounts of irradiated Shitake mushrooms, the result was a lab error. 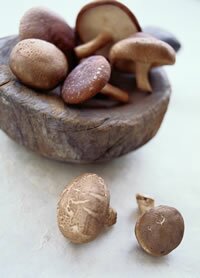 You cannot get any appreciable D2 by eating vegetables except for some irradiated mushrooms.

D2, or ergocalciferol, does not exist in detectable quantities in the human body, only in tiny quantities in some plants and, as such, is "unnatural" when in the human body. You cannot get any appreciable D2 by eating vegetables except for some irradiated mushrooms. D2 is metabolized to various substances in the body, many of which are not normally present in humans, although these metabolites have never been shown to be dangerous.

There is also some evidence that D2 is more toxic in overdose, which is curious as it is only about half as potent as the naturally occurring vitamin D3, cholecalciferol. I have seen evidence that humans prefer D3 over D2 in that, if both 25(OH)D2 and 25(OH)D3 are present in serum, over time the 25(OH)D3 falls faster than the 25(OH)D2, suggesting the body preferentially uses 25(OH)D3, if it is available. For any scientist readers, this would be an easy and important study to do.