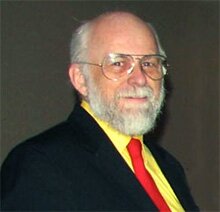 Dr. Trevor Marshall, creator of the Marshall Protocol, believes supplemental vitamin D is harmful and will make many diseases worse.

Dr. Cannell:
I understand Dr. Marshall conducted a study and found vitamin D is bad for you. What kind of study did he do?

I have been inundated with letters asking about Professor Marshall's recent "discovery." Some have written that to say they have stopped their vitamin D and are going to avoid the sun in order to begin the "Marshall protocol." The immediate cause of this angst is two publications, a press article in Science Daily about Professor Marshall's "study" (which is no study but simply an opinion) in BioEssays.

If you read his blog, you discover that the essence of the Marshall protocol is: "An angiotensin II receptor blocker medication, Benicar, is taken, and sunlight, bright lights and foods and supplements with vitamin D are diligently avoided. This enables the body's immune system, with the help of small doses of antibiotics, to destroy the intracellular bacteria. It can take approximately one to three years to destroy all the bacteria." That is, Dr. Marshall has his "patients" become very vitamin D deficient.

Again, Dr. Marshall conducted no experiment and published no study. He wrote an essay. He presented no evidence for his first hypothesis (sunlight's vitamin D is different than supplements). From all that we know, cholecalciferol is cholecalciferol, regardless if it is made in the skin or put in the mouth. His second hypothesis is certainly possible and that is why all scientists who do association studies warn readers that they don't know what is causing what. Certainly, when low levels of vitamin D are found in certain disease states, it is possible that the low levels are the result, and not the cause, of the disease.

Take patients with severe dementia bedridden in a nursing home. At least some of their low 25(OH)D levels are likely the result of confinement and lack of outdoor activity. However, did dementia cause the low vitamin D levels or did low 25 (OH)D contribute to the dementia?

One way to look at that question is to look at early dementia, before the patient is placed in a nursing home. On the first day an older patient walks into a neurology clinic, before being confined to a nursing home, what is the relationship between vitamin D levels and dementia? The answer is clear, the lower your 25(OH)D levels the worse your cognition.

These studies suggest that the low 25(OH)D levels are contributing to the dementia but do not prove it. Only a randomized controlled trial will definitively answer the question, a trial that has not been done. So you will have to decide if vitamin D is good for your brain or not. Dr. Marshall seems to be saying demented patients should lower their 25(OH)D levels. Keep in mind, an entire chapter in Feldman's textbook is devoted to the ill effects low vitamin D levels have on brain function.

It is true that in some diseases, high doses of vitamin D may be harmful. For example, in the early part of last century, the AMA specifically excluded pulmonary TB from the list of TB infections that ultraviolet light helps. They did so because many of the early pioneers of solariums reported that acutely high doses of sunlight caused some patients with severe pulmonary TB to bleed to death. Thus, these pioneers developed very conservative sun exposure regimes for pulmonary TB patients in which small areas of the skin were progressively exposed to longer and longer periods of sunlight. Using this method, sunlight helped pulmonary TB, often to the point of a cure.

Furthermore, it is well known that sunlight can cause high blood calcium in patients with sarcoidosis. In fact, sarcoidosis is one of several granulomatous diseases with vitamin D hypersensitivity where the body loses its ability to regulate activated vitamin D production, causing hypercalcemia.

Furthermore, although medical science is not yet convinced, some common autoimmune diseases may have an infectious etiology. I recently spoke at length with a rheumatologist who suffers from swollen and painful joints whenever he sunbathes or takes high doses of vitamin D. As long as he limits his vitamin D input his joints are better. To the extent vitamin D upregulates naturally occurring antibiotics of innate immunity, sunlight or vitamin D supplements may cause the battlefield (the joints) to become hot spots. I know of no evidence this is the case but it is certainly possible.

However, if Dr. Marshall's principal hypothesis is correct, that low vitamin D levels are the result of disease, then he is saying that cancer causes low vitamin D levels, not the other way around. The problem is that Professor Joanne Lappe directly disproved that theory in a randomized controlled trial when she found that baseline vitamin D levels were strong and independent predictors of who would get cancer in the future. The lower your levels, the higher the risk. Furthermore, increasing baseline levels from 31 to 38 ng/ml (77.5 to 95 nmol/L) reduced incident cancers by more than 60% over a four year period. Therefore, advising patients to become vitamin D deficient, as the Marshall protocol clearly does, will cause some patients to die from cancer.

I will not write again about Dr. Marshall's theories. No one in the vitamin D field takes him seriously. Personally, I admire anyone willing to swim against the tide and raise alternative theories. I have done the same with influenza and autism. However, I agree with the New York Times and Jane Brody's conclusion: "In the end, you will have to decide for yourself how much of this vital nutrient to consume each and every day and how to obtain it."

I agree. You will have to decide for yourself.