I don't understand what you have against vitamin A. All vitamins are good and have to be taken together, especially A and D. I give both my children a tablespoon of Nordic Naturals Arctic Cod Liver Oil every day. Also, I disagree with what you have written about vitamin D preventing colds and flu, my children are sick most of the winter. 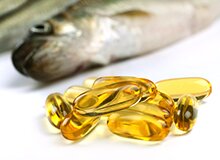 Another, recent Cochrane review concluded that, although vitamin A significantly reduced the incidence of acute lower respiratory tract infections in children with low retinol, as occurs in the third world, it appears to increase risk and/or worsen the clinical course of such infections in children in developed nations.

As readers know, I first hypothesized vitamin D will prevent colds and flu in our November 2005 Vitamin D Newsletter. Also, our second paper on influenza is the third most accessed paper in Virology Journal this year, in spite of being out only six months. It is free to download: On the Epidemiology of Influenza.

Vitamin A deficiency in the United States is practically non-existent. The real problem is subclinical vitamin A toxicity, which appears to be fairly common.

As to all vitamins being good, I assume you mean all vitamins are good in the proper doses and if the body is not getting enough from diet. Vitamin A deficiency in the United States is practically non-existent. The real problem is subclinical vitamin A toxicity, which appears to be fairly common. Please stop poisoning your children with cod liver oil and start them on adequate doses of vitamin D.