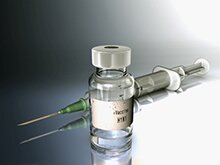 If flu shots are effective, why do some of the seniors who get them still die of the flu?

Yes, you should and no, it does not. Although flu shots don't prevent the flu in elderly people living in the community, they do appear to reduce your risk of dying or from being hospitalized.

For ethical reasons, it is difficult to conduct a truly random interventional study, that is, it is difficult to take a large group of well-matched elderly people and deny half of them a flu shot while giving the other half a flu shot and then see who dies. Influenza-associated deaths in the United States more than doubled between 1976–1999, and 90% of those deaths were in patients 65 years and older, a trend that can only be partially explained by the aging population. If flu shots are effective, and if more and more older Americans have been getting them, why have more and more older American been dying of the flu?