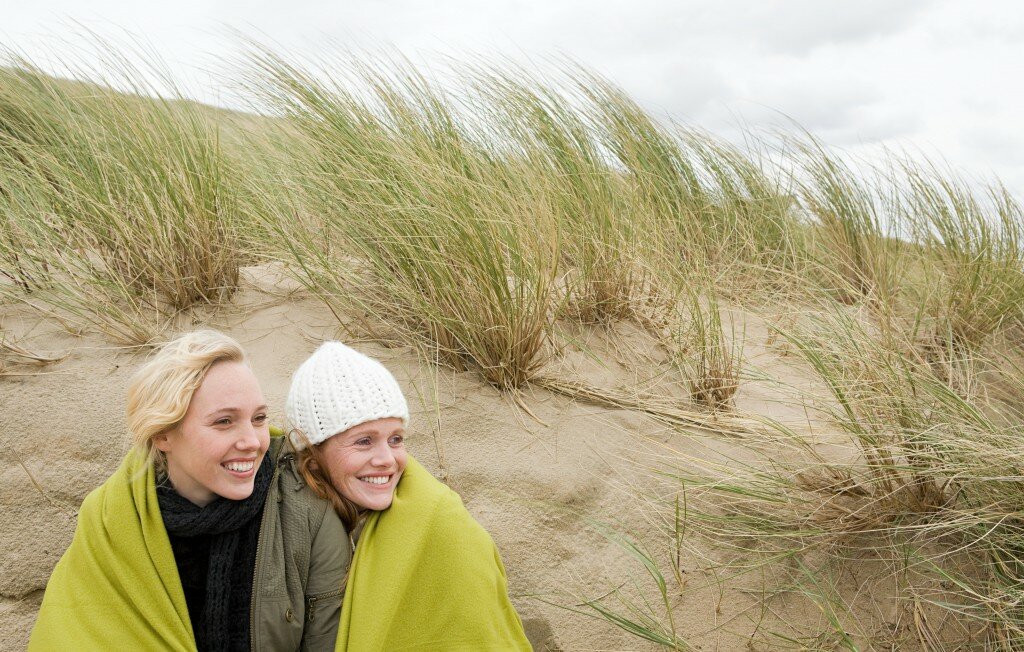 Multiple sclerosis is a condition where the body’s immune system attacks the nerves in the brain and spinal cord. Because these nerves provide messages to so many different areas of the body, the symptoms of multiple sclerosis can involve many systems of the body. You may experience problems walking, talking, speaking, swallowing, or difficulty thinking.

Because of all the differences in the research studies, it’s difficult to know for certain what role vitamin D plays in preventing or treating multiple sclerosis.

If you have multiple sclerosis and want to take vitamin D, it’s unlikely to harm you or make your symptoms worse. However, you may not see any improvement in your symptoms either. You should not take vitamin D in the place of other medications for your condition. Talk to your doctor about taking vitamin D or any other supplement.

What is multiple sclerosis?

Multiple sclerosis (MS) is a condition that affects your nerves. Your body’s immune system, which usually fights infection, attacks the nerve cells in your brain and spinal cord. Nerve cells have a protective covering called the myelin sheath, which helps them to deliver messages to different parts of your body. As the myelin is destroyed, it becomes more and more difficult for nerve cells to work properly. When the nerve cells in your brain and spinal cord aren’t able to do their job, many parts of your body can be affected. This can cause problems with your ability to walk, eat, see, and urinate.1 MS is not fatal or contagious and symptoms develop slowly in most people.2

There are two main types of MS:

How common is multiple sclerosis?

What are the symptoms of multiple sclerosis?

Because the nerves in any area of your brain or spinal cord can be damaged in MS, you may develop different kinds of symptoms including:1

If you notice any of these symptoms, it’s important that you talk to your doctor.

MS is an unpredictable condition that affects each person differently. Depending on how severe your MS is, you may have only a few of the symptoms or many of them. In some people MS develops very slowly, while others become disabled by their symptoms more quickly.

Scientists and doctors don’t know for sure what causes MS. However, it’s thought that it may be a combination of your genes and your environment that cause it to develop. Some researchers believe that a virus may trigger MS in people that carry certain genes.

These are some of the other things that may influence whether you develop MS:

What is the link between multiple sclerosis and vitamin D? 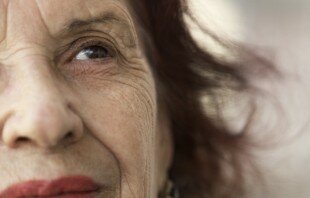 Some researchers think vitamin D may have potential to prevent MS or reduce the number of relapses and how severe they are.

Vitamin D plays an important role in developing healthy bones, but researchers are also starting to uncover the role of vitamin D in many other areas of your health. It’s now known that vitamin D plays a role in your immune and nervous systems and how they work, although exactly how is still being studied.

Some cells in your immune and nervous systems have receptors for vitamin D. Receptors are found on the surface of a cell where they receive chemical signals. By attaching themselves to a receptor, these chemical signals direct a cell to do something, for example to act in a certain way, or to divide or die. The vitamin D receptors on nerve and immune system cells means that vitamin D is somehow affecting the cell. The cells also control how much vitamin D they have inside of them.

When immune system cells are exposed to vitamin D in laboratory experiments they become less inflamed. This could mean that vitamin D affects your immune system and makes it less likely to attack other cells in your body. Some researchers believe that this means vitamin D has the potential to prevent MS from developing. It could also affect relapsing remitting MS by reducing the number of relapses and how severe they are.

Exposing your skin to sunlight could affect your immune system in other ways apart from producing vitamin D.6 However, research does show that people with higher vitamin D levels in their blood are less likely to develop MS or have a relapse if they already have it.

What does the research say in general about vitamin D and multiple sclerosis?

Most of the research which shows that vitamin D may help to prevent the development of MS is epidemiological. This means that researchers have studied groups of people for clues as to why they do or don’t develop a certain disease.

What the researchers have found is that those who get more sun exposure early and throughout life have lower chances of developing MS. Whether this is because they produce more vitamin D and that’s what helps prevent MS, or whether the sun is helping for some other reason, researchers don’t know for sure.

However, there is some recent evidence that taking vitamin D supplements may help prevent MS, though more research is needed to say for sure.

Whether or not taking vitamin D supplements can help people who already have MS is unclear. The studies that have been done have given conflicting results. Some research shows vitamin D can reduce the number of relapses in people with relapsing remitting MS where as other research shows vitamin D has no effect on the number of relapses. This could be because there are differences in the way the research studies were designed and carried out. This makes them difficult to compare. These include differences in:7

Until now, many of the research studies looking at vitamin D have involved small numbers of people, which makes it difficult to judge if vitamin D is really having an effect or not. Research studies that take place for a longer period of time and involve larger numbers of people and which compare vitamin D to a dummy pill are needed. This may help to show more clearly whether vitamin D really does prevent MS or treat symptoms once it has started. Two such studies are currently underway.8

What does recent research say?

Only one high quality research study exists that shows vitamin D can help to treat the symptoms of MS.

A 2012 research study from Finland9 looked at whether or not giving vitamin D supplements to people with relapsing remitting MS improved their symptoms. The main results were:

Most people started the study with very low amounts of vitamin D in their blood. The amount of vitamin D people took during the study was greater than the amount the US government recommends, but not as much as what the Vitamin D Council recommends. All of the people who took part were also being treated for their MS by taking other medicines, so it’s difficult to know exactly what effect the vitamin D was having.

A 2012 research study from Norway10 looked at whether or not taking a vitamin D supplement reduced the number of relapses or prevented disability. The main results were:

The amount of vitamin D people took during the study was greater than the amount the US government recommends, but not as much as what the Vitamin D Council recommends. The people taking this dose finished the study with the amount of vitamin D in their blood that the Vitamin D Council recommends for healthy people. The researchers suggested that people who already have MS may need to take even more vitamin D to reduce the number of relapses they have or to prevent new lesions from forming in their brains.

A 2012 research study from Iran11 looked at whether or not taking a vitamin D supplement reduced the likelihood of developing MS in people who were at high risk of developing the condition. The main results were:

The people taking part in this study were taking much more vitamin D than the US government recommends. They developed significantly fewer new brain lesions than the people not taking vitamin D and were much less likely to develop MS. None of the people taking the vitamin D experienced relapses, but the number of people in the study was so small it’s difficult to say definitively if vitamin D plays a role in preventing MS.

Key Points from the research 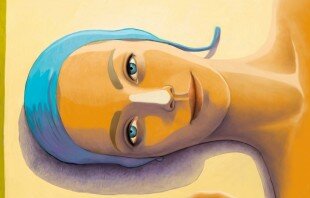 At this time, it isn’t clear how much vitamin D you need to prevent or treat MS, if there is any effect. If you have MS and want to take vitamin D, it’s unlikely to make your symptoms worse or cause you any harm if you take less than 10,000 IU/day.

Research does seem to show a link between vitamin D and MS, but researchers don’t know exactly how the two are related.

Research studies have shown that people with low levels of vitamin D in their blood may be more likely to develop MS than people with higher levels of vitamin D in their blood. People who expose their skin to the sun regularly are less likely to develop MS5 and some researchers suggest that taking vitamin D may lower your risk of developing it. However, it isn’t clear whether getting good amounts of vitamin D, by taking supplements or by exposing your skin to the sun, could prevent you from developing MS.

Researchers don’t know whether taking vitamin D can help to reduce the number of relapses if you have MS.

If you have MS and want to take vitamin D, it’s unlikely to make your symptoms worse or cause you any harm if you take less than 10,000 IU/day.

Because vitamin D improves the health of your bones and people with MS are likely to have bone disease5, it may be helpful to take vitamin D. Talk to your doctor for more information.

If you have MS it’s important that you talk to your doctor about taking vitamin D or any other supplements. You should not take vitamin D in the place of other medications for your condition.

This page in PDF format

Are you a health care provider? Print and share this PDF file to your patients:

This page was last updated August 2014. 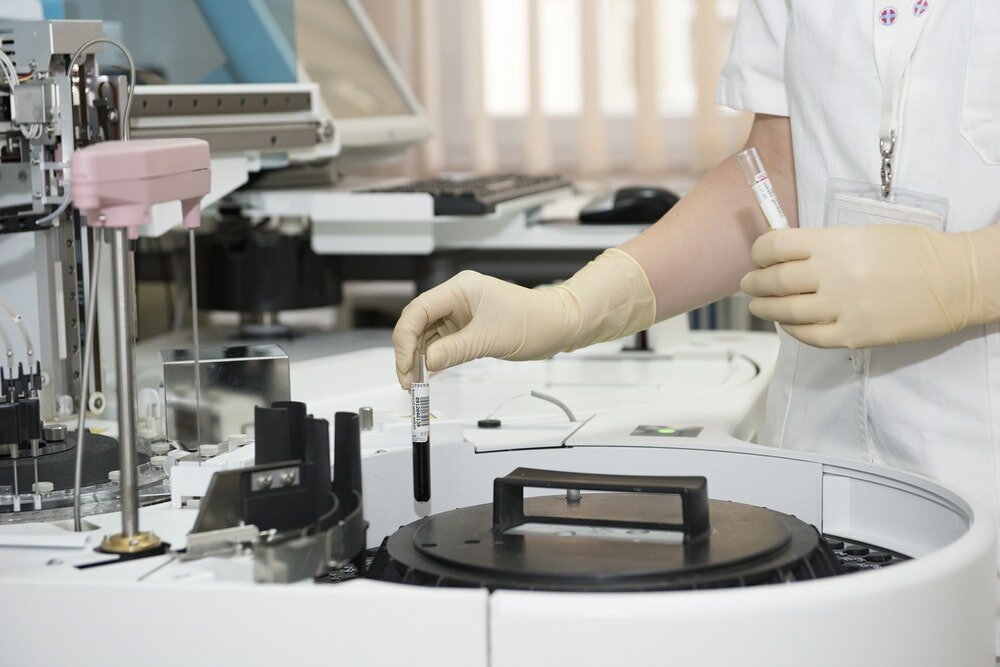 The Vitamin D Council’s in-home test kit does not sacrifice quality for convenience, according to study

For those wondering about the accuracy of our in-home vitamin D test kits, a recent study discovered 25(OH)D levels from the dried blood spots provided 101% accuracy compared to serum analysis.