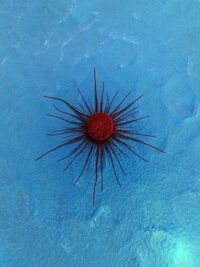 Vitamin D levels above 40 ng/mL (100 nmol/L) may reduce the risk of cervical cancer.

Cervical cancer starts on the surface of the cervix. This is the lower part of the uterus (womb), which opens at the top of the vagina.

There are two major risk factors for cervical cancer:

Women who eat more fruit, vegetables, and fiber have a lower risk of developing cervical cancer.

In Japan, researchers found a lower rate of invasive cervical cancer and higher vitamin D intake in nonsmokers. This was not true for smokers, however. Smoking reduces the amount of vitamin D in the blood.

Vitamin D has been shown to block the growth of cancer tumors. Vitamin D is processed by the liver. The body then produces calcitriol, an active form of vitamin D. Calcitriol provides numerous benefits against cancer. This form of vitamin D encourages cells to either adapt to their organ or commit apoptosis (cell suicide). Calcitriol also limits blood supply to the tumor and reduces the spread of cancer. In addition, calcitriol helps keep the surface layer of organs intact. This reduces the likelihood that cancer cells can invade the organ.

Based on the studies reviewed here, it appears that vitamin D may reduce the risk of cervical cancer. The effects are better for nonsmokers than smokers. Smokers would likely have to have higher vitamin D intake or production to receive the same benefits as nonsmokers.

Based on results for other cancers, vitamin D levels in the 40–60 ng/mL (100–150 nmol/L) range may provide reasonable protection.

There might be a role for vitamin D in treating cervical cancer. But more research is needed. Based on studies of other cancers, women with cervical cancer might have a better prognosis when using vitamin D.

Do you want to find out more and see the research upon which this summary is based?  Read our detailed evidence summary on cervical cancer.