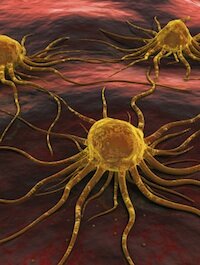 "No other method to prevent cancer has been identified that has such a powerful impact."

Cancer is the uncontrolled growth of abnormal cells that can occur anywhere in the body when damaged cells fail to undergo apoptosis, or programmed cell death. Oftentimes, cancer begins in one area of the body and then spreads to one or more other areas, a process known as metastasis.

A leading cause of death world-wide, the number of deaths due to cancer are expected to increase to an estimated 12 million by the year 2030.

The most commonly-recognized risk factors for cancer are:

But there are other known, less-recognized, risk factors.

High intake of meat and dairy

Eating a diet high in animal products early in life causes the body to produce more insulin-like growth factor (IGF). IGF helps the body grow, but it also helps tumors grow. Many cancers that are prevalent in the United States and Europe are uncommon in developing countries that do not have high amounts of animal products in their diet. Such countries who have Westernized their diets have had dramatic increases in their cancer rates.

Sunlight has a direct effect on reducing most cancer risks.

Sunlight has a direct effect on reducing risk of many types of cancer. The shortwave ultraviolet portion of sunlight, ultraviolet-B (UVB), stimulates the body to produce vitamin D, which protects against cancer.

Solar ultraviolet light is also a risk factor for skin cancer and melanoma. The risk of skin cancer is highest for people with pale skin, who have sunburned a number of times, or who spend a lot of time in the sun for work or other reasons. Those who work in the sun generally do not have an increased risk of melanoma.

The number of cancer cases and deaths vary with the amount of regional sunlight for many types of cancer. According to cancer studies, there are:

Vitamin D reduces the risk of many types of cancer. The evidence comes from the following numerous types of studies: 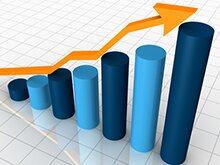 The rates of breast, colon, and rectal cancer decrease rapidly as vitamin D levels increase from very low levels [less than 10 ng/ml (25 nmol/] out to 20-30 ng/ml, then decreases at a slower rate until levels reach about 50 ng/ml (125 nmol/l). No comparable findings have been reported for other types of cancer. However, it is assumed that they behave in a similar manner since incidence and mortality rates are similar in geographical studies.

High levels of vitamin D are associated with a lower risk of many types of cancer in both observational studies on individuals and geographic studies of populations.

Studies have shown that taking both vitamin D and calcium provides additional cancer protection for many types of cancer. Calcium intake of more than 1000 mg/day from either diet or supplements is recommended.

Patients in one study took daily doses of 1100 IU (27.5 mcg) vitamin D and 1450 mg calcium. These patients had a 77% reduction in the incidence of all types of cancer between the ends of the first and fourth years of the study compared to those taking a placebo.

Some cancer treatment centers are now giving at least 5000 IU (125 mcg)/day vitamin D to patients with cancer. Outcome results have yet to be published.

Do you want to find out more and see the research upon which this summary is based?  Read our detailed evidence summary on An Introduction to Cancer.