Vitamin D levels in children around the world 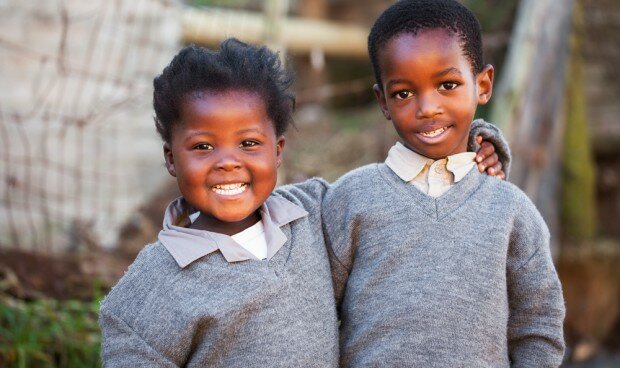 In the last year there have been a number of studies looking at vitamin D levels in children in various locations around the world. In this blog I’m going to compare and contrast their results. I’ve created a series of graphs that look like this:

All of the graphs have three bars. The first bar in each graph is the percentage of the children who have serum 25(OH)D levels below 20 ng/ml (50 nmol/L). There is broad scientific agreement that levels below 20 ng/ml are inadequate for bone health – even the US Institute of Medicine’s Dietary guidelines for vitamin D agree with this.

The second bar in each graph is the percentage of children with levels between 20 and 30 ng/ml (50 – 75 nmol/L). In his highly respected and frequently cited article in the New England Journal of Medicine, Vitamin D deficiency, Michael Holick suggested that this level indicates insufficiency of vitamin D, although other experts will say only that optimum levels for functions of vitamin D beyond bone health are unknown.

The third bar in each graph shows the percentage of children with levels above 30 ng/ml (75 nmol/L).  Holick called this level sufficient, although many others, including the Vitamin D Council itself, think the best current estimate of an optimal population level would be about 45 ng/ml (115 nmol/L).

In some of the graphs, for example, the second one in Figure 1, there is a dark blue area at the bottom of the first and third bars. On the first bar, this represents the percentage of children below 10 ng/ml (25 nmol/L) and on the third bar it represents the percentage of children above 40 ng/ml (100 nmol/L). If these dark areas do not appear in a particular graph, it typically means the study didn’t report these levels, not that the actual percentage for these levels is zero. The title of each graph gives the location and age of the children. If the location was a specific city rather than a nationally-representative estimate, the latitude is included in the title. Finally, the number of children whose data was used to create the estimates is given after “n=” and the mean of the group is given after “m=”.

In Figure 1, the data for Mexico come from Serum 25-hydroxyvitamin D levels among Mexican children ages 2 y to 12 y: a national survey. The Vitamin D Council’s Kate Saley has also written about this study. I calculated the percentages for the U.S. graphs myself, using data from the National Health and Nutrition Examination Survey. The Canadian data come from Vitamin D status in Montreal preschoolers is satisfactory despite low vitamin D intake. The Swedish data come from Serum 25-hydroxyvitamin D levels in preschool-age children in northern Sweden are inadequate after summer and diminish further during winter.

In Figure 1, the group with the best vitamin D levels is, surprisingly, the kids in Montreal. Montreal has the lowest percentage of kids with vitamin D levels under 20 ng/ml and the highest percentage above 30. The Montreal study reported a median for the entire group of 29.8 but did not report a mean. The children in the study were recruited from licensed daycare centers.

It’s difficult to understand what’s going on in Montreal, but we should all have what they’re having. In the U.S., skin color is the most important determinant of vitamin D status, but the Montreal study reports the plasma 25(OH)D concentration did not differ by ethnicity (white vs. non-white). This means that neither white nor non-white children in Montreal are getting much vitamin D from the sun, which is no surprise. Instead they’re getting it from their diets. Canada fortifies margarine; the U.S. and Mexico do not – but it seems unlikely that would make such a large difference. It’s a puzzle. About 47 percent of the children in this study were non-white, so it’s not a lack of data.

Now let’s move on to Figure 2, which compares two different age groups in a nationally-representative sample of Mexican children with Mexican-American children in the U.S. (In Figure 1, the data for the U.S. was for all children.)

What is remarkable about Figure 2 is that as the Mexican children get older, their vitamin D status improves. Note that the percentage of children above 30 is much larger, and the percentage below 20 is much smaller, in the Mexican 6-to-12 year-old group than in the 2-to-5 group. In the U.S. we see exactly the opposite; the older children – even when the group is limited to Mexican-Americans – have lower vitamin D status. In the NHANES serum 25(OH)D data for the U.S., the best vitamin D levels are in the youngest children and levels decline with age from there (although not nearly as much as people think – I’ll discuss this in a later blog). Clearly something else is going on in Mexico, which reminds us that data that are statistically representative of the U.S. population are not necessarily representative of the world population. It is also quite interesting to note that 6 to 12 year olds in Mexico, who have a mean 25(OH)D level of 42.4, are quite close to the level the vitamin D council recommends.

Figure 3 returns to the Swedish study that is shown in the fourth graph in Figure 1. That graph shows the overall results of the study. In Figure 3 the study’s results are broken down by skin color and by season.

There are no big surprises here. Both groups of kids, who were recruited from well-baby clinics, have lower vitamin D levels in the winter than in the summer. Children with fair skin have better levels even in the winter than children with darker skin have in the summer. This study shows that skin color is a more important determinant of vitamin D status than season in the far north of Sweden as well as in the U.S, if not in Montreal.

The most frightening data I have to show you are in Figure 4.

The data for the group of children at 41 degrees latitude, which is near Naples, Italy, come from Calcium and vitamin D intakes in children: a randomized controlled trial. At baseline there were no children with a level above 30 in this group because children with vitamin D intakes above 70% of the daily reference intake were excluded from the study. Nonetheless, the number of children with levels below 20 is quite small in comparison to most of the other studies.

Moving closer to the equator, Shanghai, China is at 31 degrees latitude. This data comes from Relationships between serum 25-hydroxyvitamin D and quantitative ultrasound bone mineral density in 0-6 year old children. The children in this study were recruited during routine health checkups. Over 58% of the children in this study have 25(OH)D levels under 20 ng/ml. This is by far the lowest vitamin D levels we’ve seen in the studies we’ve looked at so far. But things get much worse from here.

The data for the children in the third graph, at 28 degrees from the equator in New Delhi, India, are from Impact of vitamin D fortified milk supplementation on vitamin D status of healthy school children aged 10-14 years. The children in this study were recruited while attending school. Less than 3% of the children who agreed to be in the study were excluded, mostly for health reasons, although at least one was apparently excluded for having a serum 25(OH)D level over 100 ng/ml. The low vitamin D levels in this group of children are simply astounding. At baseline, 93% were below 20 ng/ml, 42% were below 10, and 8% were below 5. Only 7% were between 20 and 30 and none were above 30.

Moving even closer to the equator, just 24 degrees away at San Antonio de los Cobres, in the mountains of Argentina, (altitude 3,750 meters or 12,300 feet), we have data from Low vitamin D concentrations among indigenous Argentinean children living at high altitudes. As in India, the children were recruited from schools. In this group, the vitamin D levels are even lower than in India. Over 96% of the children are below 20 ng/ml. Over 26% are below 8 ng/ml (in this graph, the dark blue area on the first bar shows the percentage of children with vitamin D levels less than 8, rather than 10, ng/ml). Fewer than 4% have levels between 20 and 30 and none are over 30. Given that this is an isolated area where the people are likely to be genetically similar, let’s hope the scientists in Argentina take a look at the vitamin D receptor gene in this group, which is known to have variants that effect vitamin D levels.

Although it’s probably just coincidence, it’s extremely interesting that in Figure 4’s group of four studies, vitamin D status gets progressively worse the closer the children are to the equator. Since ultraviolet light is most intense at the equator, we’d expect to find just the opposite. The disastrously low levels we’ve seen in these last two groups is particularly surprising this close to the equator. If you have any thoughts about what’s going on here, from the kids in Montreal having the highest levels to the kids in New Delhi and the mountains of Argentina having the lowest, let me know in the comments.

After a career writing about computers and personal finance, Tom Weishaar is a doctoral student in the health education program at Teachers College, Columbia University.
View all posts by Tom Weishaar →
pediatrics vitamin d levels

10 Responses to Vitamin D levels in children around the world