Vitamin D and risk of infection after gastric bypass surgery 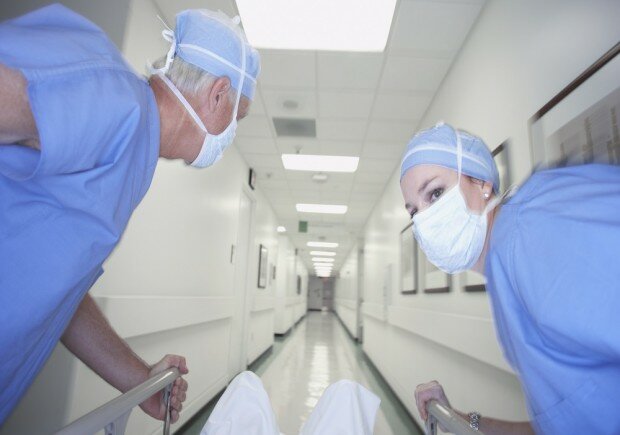 If you have to go into the hospital, you have better than a 10% chance of getting an infection from the hospital environment. Hospital-acquired infections (HAI) are a major source of death, causing about 100,000 potentially avoidable deaths per year. Excess annual health care expenditures attributable to HAIs range up to $45 billion, and the average hospital length of stay is prolonged by as much as 9 days in patients who develop such infections.

So far, the medical industrial complex has taken two roads in trying to combat HAIs. One is antibiotics, which have been relatively effective to date, and the other is trying to get rid of the pathogenic bacteria in the hospital, which has not been successful.

So far, few have thought of trying to strengthen the immune system so the body can fight infections better.

Now, researchers at Harvard, led by Dr. Sadeq Quraishi (a Director on the Vitamin D Council’s Board) have discovered that those who get HAIs have significantly lower vitamin D levels than those who do not. Specifically, the researchers looked at the relationship in gastric bypass surgical patients.

The authors performed a retrospective cohort analysis of 770 gastric bypass surgical patients who had a 25(OH)D test done within 30 days of surgery. The overall HAI rate was 5.3% (n = 41) and the surgical site infection rate was 2.6% (n = 20). The overall prevalence of preoperative vitamin D levels less than 30 ng/mL in the study cohort was 58%.

While the authors used cutoffs of 30 ng/ml, their graphs showed increased infection rates all the way up to 50 ng/ml, where the curve became flat. That is, a level of 80 ng/ml afforded no more protection than did a level of 50 ng/ml. However, levels of 50 ng/ml were better than levels of 30 ng/ml, but the difference was not significant statistically.

“Our results suggest that low preoperative 25(OH)D levels are associated with a higher risk for postoperative infections. We hypothesize that higher levels of vitamin D sufficiency are associated with optimal expression of endogenous antimicrobial peptides and that this may attenuate the effect of barrier site disruptions that are characteristic of postoperative HAIs. Prospective studies are needed to validate our findings, assess the potential benefit of optimizing preoperative vitamin D status, and identify the mechanism by which vitamin D sufficiency may confer protection against nosocomial infections.”

Dr. John Cannell is founder of the Vitamin D Council. He has written many peer-reviewed papers on vitamin D and speaks frequently across the United States on the subject. Dr. Cannell holds an M.D. and has served the medical field as a general practitioner, emergency physician, and psychiatrist.
View all posts by John Cannell, MD →
hospital acquired infections immune system