Treating vitamin D deficiency may help reduce the recurrence rate of vertigo, according to study 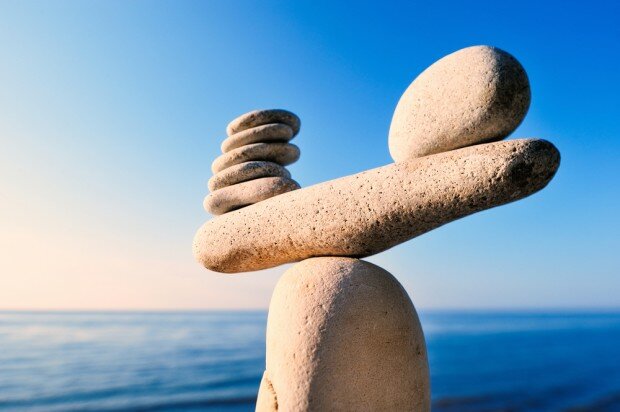 Benign paroxysmal positional vertigo (BPPV) is a balance disorder that occurs when some of the calcium crystals become dislodged from its location in the inner ear, resulting in sudden bouts of dizziness, a spinning sensation, lightheadedness and nausea. Vertigo is actually the hallucination that the room is spinning around you.

BPPV is the most common cause of vertigo. Although this condition may result secondary to head trauma, migraines, prolonged bed rest and otologic surgery, 80% of all cases occur as an isolated event with an unknown etiology (idiopathic).

Canolith repositioning measure (CRM) is an effective and rapid surgical procedure for BPPV in which the dislodged calcium crystals are moved to the vestibule where they may be absorbed by the body. Despite the effectiveness of this treatment, BPPV often reoccurs.

Past research has shown that vitamin D deficiency is linked with the development of vertigo. In fact, scientists have confirmed that vitamin D receptors are located on calcium channel transport systems in the inner ear and help regulate proper calcium balance. This mechanism helps explain the role of vitamin D in maintaining proper ear function. Despite this knowledge, no studies have been able to determine if improving vitamin D status will reduce the recurrence rate of BPPV in patients who are vitamin D deficient.

Recently, researchers aimed to determine if treating severe vitamin D deficiency in patients with BPPV would affect the recurrence rate of the disorder. Participants were included in the study if they fit the following criteria: unilateral, idiopathic BPPV, a vitamin D status of ≤ 10 ng/ml (25 nmol/l) and no known history of secondary BPPV.

All of the 93 participants in the study underwent a detailed clinical history and evaluation of their disorder, received an initial therapeutic session for the BPPV, had a dual x-ray absorptiometry (DXA) analysis performed and had their serum 25(OH)D levels measured. All patients were treated for their vitamin D deficiency with a loading dose of 50,000 IU vitamin D3 three times per week for the first month, followed by 50,000 IU taken once every two weeks. Calcium supplementation was also added to the patient’s treatment plan at 600 mg twice daily, throughout the duration of the study.

Vitamin D levels were measured again after 3 months of treatment with vitamin D and calcium. Despite vitamin D supplementation, 70% of the participants remained severely deficient with a status lower than 10 ng/ml. The minimal increase was directly related to low compliance of the patients. Thus, the researchers divided the patients into two groups according to their vitamin D status. Subgroup I included those who experienced an improvement by ≥ 10ng/ml and subgroup II comprised of those who improved their vitamin D status by

“The present study indicated that improvement of serum 25-hydroxyvitamin D3 levels is associated with substantial decrease in recurrence of BPPV.”

Although the findings from this study are exciting, there are a couple of limitations to note. This study is restricted by its relatively small sample size and short duration. Also, the lack of a control group prevents the researchers from confirming the effects of vitamin D supplementation in BPPV recurrence.

Additionally, vitamin D levels only improved to an average of 28.3 ng/ml (70.75 nmol/l), but higher vitamin D levels may lead to better results. While much of the patient population remained deficient after supplementation, an increase in vitamin D status still resulted in a decrease in recurrence of BPPV.

Randomized controlled trials comparing 5,000 IU/day of vitamin D to placebo will provide a more definitive understanding of how vitamin D affects the incidence and recurrence of BPPV.

Missy is the Executive Director for the Vitamin D Council, and is responsible for overseeing the administration, programs and strategic planning of the organization. She also focuses on writing articles, fundraising and keeping up with the latest research. Her passion for vitamin D derives from her personal battle with an unexplained inflammatory disorder.
View all posts by Missy Sturges →
BPPV vertigo vitamin d supplementation

3 Responses to Treating vitamin D deficiency may help reduce the recurrence rate of vertigo, according to study