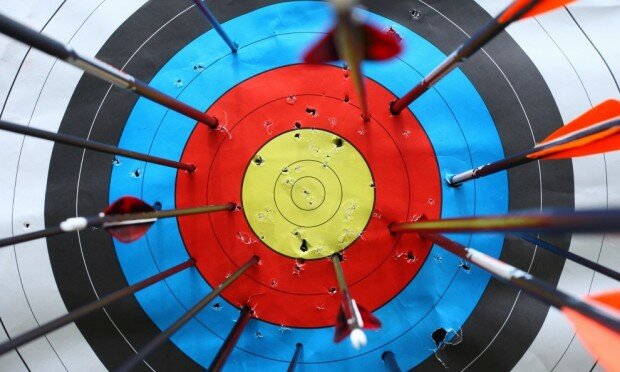 One of the most anchoring arguments from vitamin D proponents calling for higher vitamin D supplementation for both the treatment of some diseases and for general recommended daily allowance is, “It’s safe. It may help, it may not, but it’s safe.” Opponents claim that we need more research, we need to understand exactly how safe and effective it is, before we increase recommendations.

These arguments escalate when we consider some of the diseases vitamin D may be implicated in; diseases like breast cancer, prostate cancer, diabetes and more. It has left patients and health care professionals asking, “So do we supplement, or not?”

In the use of vitamin D in medicine, there is probably no greater dilemma and debate currently than the tussle of whether or not to supplement patients with multiple sclerosis (MS). Research, while evident that vitamin D is essential to some, is just okay to others.

Some of the best evidence supporting a role of vitamin D preventing MS is a pair of cohort-type studies that looked at large groups of people, how much vitamin D they were getting, and whether or not they developed MS. In the Nurses’ Health Study II, a cohort of over 95,000 women, those who took over 400 IU of vitamin D/day had a 40% reduced risk of developing MS than those who did not. In a prospective nested case-control study among 7 million US military personnel, there was a 41% decreased risk of developing MS for every 20 ng/ml increase in vitamin D levels.

This past December, a randomized controlled trial published in the journal Acta neurologica belgica found that vitamin D may prevent or delay onset of MS in those with clinically isolated syndrome (CIS). CIS describes a patient with their first possible manifestation of MS, in which they have some type of neurologic symptom that hints MS may be on the way.

In the study, CIS patients received 50,000 IU of vitamin D per week or placebo for one year. All who took the vitamin D delayed their onset of MS for the length of the trial, while five of the 11 patients who took placebo were diagnosed with MS during the trial.

While this study is positive and promising for the use of vitamin D in CIS, the number of enrollees (30) leaves researchers still wanting more.

Recently, Dr Michael Hutchinson of St Vincent’s University, Drs Caroline Papeix and Catherine Lubetzki of Pitié-Salpêtrière Hospital, and Jorge Correale of Raúl Carrea Institute for Neurological Research engaged in a debate in the journal Multiple Sclerosis, picking different sides to the question, “If I had a clinically isolated syndrome with MRI diagnostic of MS, I would take vitamin D 10,000 IU daily: Yes or No?”

Lubetzki and Papeix argue that we need phase III trials before we can start recommending vitamin D for patients with CIS and MS. A phase III trial is usually a multicenter trial, with a large number of participants (300-3,000), aimed to make a definitive assessment of how effective a drug is. In the United States, the FDA generally requires a drug to show its safety and efficacy in two phase III trials before it is used for clinical practice. Thus doctors typically like to see the same kind of extensive research for any intervention they recommend or prescribe, including vitamin D. Currently, phase III trials are lacking for vitamin D in most diseases, including MS.

Still, vitamin D proponents argue that it’s inappropriate to demand the same level of trials for a nutrient like vitamin D. They argue, vitamin D is not a drug, it’s a nutrient the body is starving for. Why do we need phase III trials if we already know it’s safe? It might be useful, and it’s not harmful.

Lubetzki and Papeix counter by arguing, “It will not be possible to demonstrate either efficacy or lack of efficacy” if we start recommending supplementation to all CIS and MS patients now. In other words, if we’re patient, don’t recommend supplementation, and wait for research to fully understand vitamin D’s effectiveness, MS research will be better for it in the long run, perhaps at the expense of those suffering from CIS or MS in the short term.

Dr Ellen Mowry, an assistant professor at John Hopkins, has echoed these sentiments publicly recently. “As practitioners, we want to make sure we apply the best scientific evidence, and I don’t think we have enough evidence yet to definitively recommend our patients take vitamin D supplements.” Even more foretelling of where she stands on the issue, is that Mowry is heading her own phase III MS-vitamin D trial, results to publish as early as 2015.

Correale, on the other hand, takes the opposite stance. To the question, “If I had a clinically isolated syndrome with MRI diagnostic of MS, I would take vitamin D 10,000 IU daily,” Correale says yes. He argues, “It is safe, probably effective and I do not have time to wait for the trials to be done.”

Hutchinson perhaps splits the difference between Correale and Lubetski, claiming that he would not prescribe 10,000 IU of vitamin D/day to one of his patients with CIS, but wouldn’t hesitate to take 10,000 IU of vitamin D/day if he himself or a relative had CIS. In order to prescribe vitamin D to a patient, he says, we need phase III trials. But since those trials are 2-3 years from completion, if he had CIS, he wouldn’t wait.

Perhaps convoluting the debate is the different levels of access to vitamin D in different countries. In the United States, you can purchase high-dose vitamin D at just about any supermarket you choose, taking the doctor’s orders right out of the equation and leaving the choice in the hands of the patient. Thus the question of whether one would prescribe vitamin D to a patient versus taking it themselves is irrelevant; a patient in the United States can follow the lead and not the advice. However, elsewhere in the world, people have a hard time finding a supplement over 1,000 IU per capsule and rely on their doctors for higher-dose prescriptions.

When will we know the exact effect of vitamin D on MS? It’s hard to say. More trials are underway and we may just know by the end of this decade precisely how effective vitamin D is in the treatment of MS or prevention of MS for those with CIS.

Still, there are barriers in furthering vitamin D research in MS. As hard as it is to believe in 2013, there is still a lack of interest from much of the orthodox medical field in funding research looking at the efficacy of vitamin D in either treating or preventing MS. One researcher told us that he has received “considerable resistance and difficulty” in finding funding for the very phase III trial researchers are calling for, further delaying progress in the area.

Wondering whether you, the patient with CIS, should take 10,000 IU/day? For now, it seems as though that is a choice up to you and your doctor.

Brant Cebulla was a staff member for the Vitamin D Council from May 2011 to April 2014. He has keen interests in nutrition and exercise.
View all posts by Brant Cebulla →
multiple sclerosis

2 Responses to The multiple sclerosis D-lemma