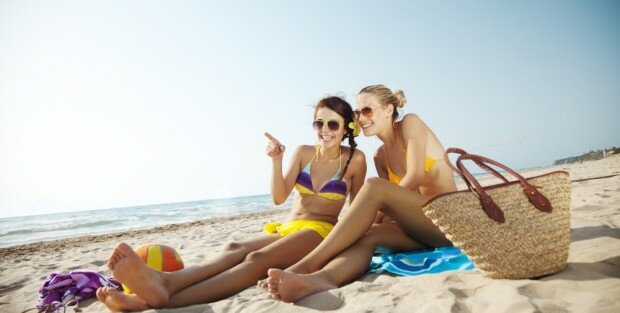 Some experts opine that brief sun exposure will supply all the vitamin D that one needs. However, there has never been a study of how much vitamin D such exposure generates.

Recently, researchers in Korea decided to find out. Dr. Sang-Hoon Lee and colleagues from the Ajou University School of Medicine in South Korea studied the effect of brief sun exposure on vitamin D levels in 20 young women for four weeks.

The study was conducted between October and November at latitude 37 degrees north, about the latitude of Washington DC. Initial mean 25(OH)D levels were 11 ng/ml and no woman had levels greater than 20 ng/ml to begin the study. The women were told to get 20 minutes of midday sun exposure on their hands, forearms and face every weekday for four weeks. Facial sunblock and sunglasses were permitted.

Guess how much 25(OH)D levels increased after a month of daily sun exposure? Vitamin D levels did not increase at all; in fact, they were a little lower than when the study began!

Why? I think four reasons may explain the finding.

Perhaps the women did not go outside as often as required. Second is the latitude; I think less UVB is available in October and November than many people think at such latitudes. Perhaps the vitamin D winter begins in the fall at latitude 37 degrees. Third, perhaps forearms, face and hands are just not enough skin surface to make meaningful amount of vitamin D. And four, such brief sun exposure may not be long enough to make meaningful amount of vitamin D.

Our hunter-gatherer equatorial ancestors had very dark skin but wore no or little clothing and were outside most or all of the day. Recent studies indicate such people had vitamin D levels around 50 ng/ml. This indicates a vitamin D input of about 5,000 to 10,000 IU/day.

That’s why the Vitamin D Council recommends full body sunbathing, not incidental sun exposure. Make sure your shadow is shorter than you are so you know you are making vitamin D. Also, since most people can’t sunbath every day, and because the vitamin D winter is so severe, we recommend 5,000 IU/day on the days you don’t sunbathe.

Dr. John Cannell is founder of the Vitamin D Council. He has written many peer-reviewed papers on vitamin D and speaks frequently across the United States on the subject. Dr. Cannell holds an M.D. and has served the medical field as a general practitioner, emergency physician, and psychiatrist.
View all posts by John Cannell, MD →
sun exposure UVB exposure

11 Responses to Sun exposure: Is just a little bit enough?