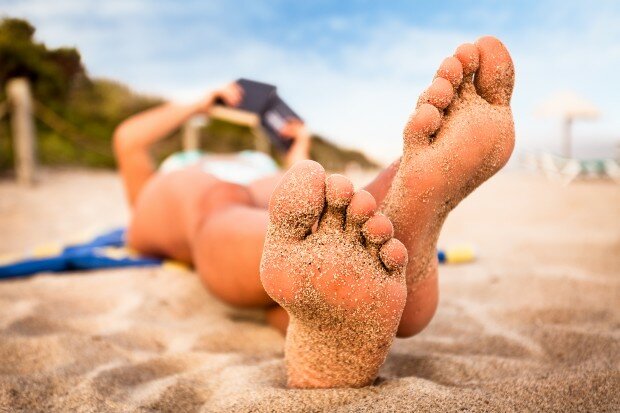 Some of our readers have requested for more information on the benefits of sun exposure outside of vitamin D production. Fortunately, a review asking this very question was published in the last issue of Dermato Endocrinology by Professors Asta Juzeniene and Johan Moan.

Juzeniene A and Moan J. Beneficial effects of UV radiation other than via vitamin D production. Dermato Endocrinology, 2012.

Here is what we know, sometimes incompletely, about the effects of sun exposure on the human body:

1.  Enhances mood and energy. Generally, a little bit of sun exposure is associated with better mood, while tanners commonly report feeling more relaxed than non-tanners. One study demonstrated that β-endorphins increase after sun exposure, which would explain this association. Three studies found no increase in β-endorphin production after sun exposure, but the authors speculate that the anxiety from a blood draw to check on endorphins would negatively affect endorphin levels.

2.  Treats skin diseases. These diseases include treatment of lupus vulgaris, psoriasis, vitiligo, atopic dermatitis and localized scleroderma. Why phototherapy works in the treatment of these diseases is not completely understood (usually broadband UVB or narrow-band UVB, but sometimes UVA also), researchers do know of some mechanisms during phototherapy. UV radiation reduces the rate of cell proliferation in the skin, activation and proliferation of melanocytes, reduction of T-lymphocytes, and reduction of Langerhans and mast cells.

3.  Relieves pain in fibromyalgia. Sunbathing seems to have potential to reduce pain in patients with fibromyalgia compared to no exposure. The mechanism is unknown.

4.  Skin barrier functions. Skin exposed to UVB and UVA is more resistant to primary irritants. Once again, the mechanism is unknown.

5.  Protects from disease beyond vitamin D? In an animal model, researchers discovered that sun exposure is more protective and suppressive against multiple sclerosis than just vitamin D alone.

6.  Induces nitric oxide. UVA exposure induces nitric oxide (NO*) production. It has been suggested that NO* protects the skin for 20-30 minutes from UV damage, offers cardiovascular protection, helps wounds and have some anti-tumor activity.

One area that the authors did not mention was melatonin regulation. It is believed that the more light one is exposed to during the day, the sooner melatonin production occurs at night. Melatonin is involved in the sleep-wake schedule and when released, makes the body drowsier and cooler.

While there is much work to be done in the realm of figuring out specific mechanisms of action induced by UV exposure, we have some clues as to what sun exposure accomplishes outside of vitamin D production.

Brant Cebulla was a staff member for the Vitamin D Council from May 2011 to April 2014. He has keen interests in nutrition and exercise.
View all posts by Brant Cebulla →
skin sun exposure