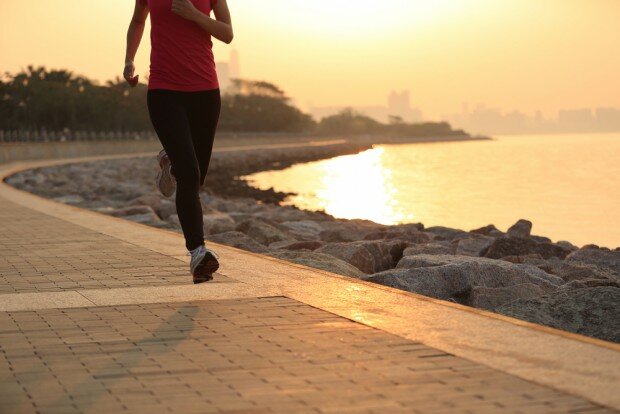 A recent study published by the British Journal of Nutrition determined that vitamin D status is positively associated with cardiopulmonary exercise capacity.

The role of vitamin D in athletic performance has been gaining in popularity over recent years. In fact, research has determined that vitamin D helps improve muscle strength by increasing the rate of protein synthesis and enlarging muscle fiber size. Dr. Cannell  recently discussed a literature review which evaluated the role of vitamin D in several other measures of athletic performance, including oxygen consumption, muscle inflammation and force and power production in athletes.

Despite this growing evidence, there is a lack of research evaluating the role of vitamin D in physical performance among the general population. Therefore, researchers from Germany recently conducted two independent cohort studies in order to examine this relationship.

The Study of Health in Pomerania (SHIP-1) cohort comprised of a total of 1,377 volunteers (677 men and 700 women). Individuals were included in the analysis if they were between the ages of 25—85 years, volunteered for a standardized progressive incremental exercise test on a cycle ergometer and had their serum 25(OH)D levels measured. Exercise capacity was determined by evaluating the participant’s oxygen consumption (VO2) at anaerobic threshold and maximum physical effort, pulse and peak power output during their exercise test on the cycle ergometer.

In order to further assess whether this study’s findings may be generalized to other populations, the researchers evaluated data from a second sample population. By comparing the results from two independent cohorts, this enabled the researchers to determine if these results are repeatable. In the SHIP-TREND study, the researchers utilized identical inclusion criteria, in which a total of 750 subjects (343 men and 407 women) participated.

Did the researchers find a relationship between vitamin D status and exercise capacity? Here is what they found: 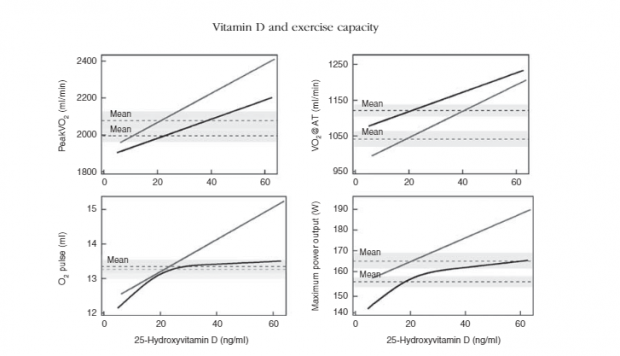 “In conclusion, significant positive associations between 25(OH)D and parameters of CPET (cardiopulmonary exercise testing) were detected in two large cohorts of healthy adults.”

“These findings, together with the world-wide high prevalence of vitamin D deficiency, might represent a major economic burden on the health system.”

As always, it’s important to note that due to the study’s observational design, a causal relationship cannot be proven. However, these results are consistent with the findings from a recent small scaled randomized control trial in athletes. In order to confirm the role of vitamin D in exercise capacity among the general population, larger scaled randomized controlled trials are needed.

Missy is the Executive Director for the Vitamin D Council, and is responsible for overseeing the administration, programs and strategic planning of the organization. She also focuses on writing articles, fundraising and keeping up with the latest research. Her passion for vitamin D derives from her personal battle with an unexplained inflammatory disorder.
View all posts by Missy Sturges →
athletic performance exercise vitamin D status