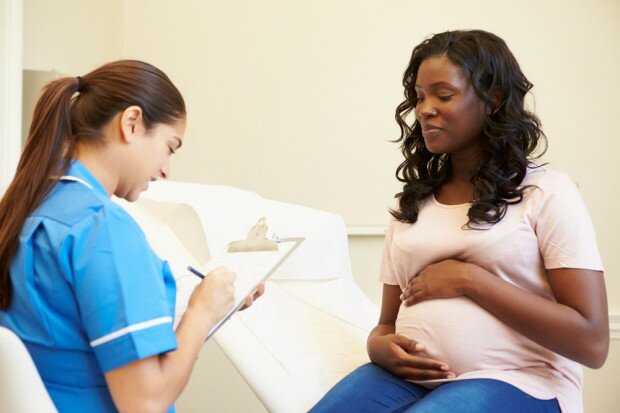 Nutrition plays a vital role in ensuring that a newborn develops properly. Accordingly, there is a large market for prenatal supplements. Despite the high use of prenatal supplements, pregnant women, neonates, and infants are at a high risk for vitamin D deficiency, putting them at an increased risk of heath complications.

Studies have demonstrated that maternal vitamin D levels are related to the risk of preeclampsia, preterm birth, gestational diabetes, and infections.

The overall prevalence of vitamin D insufficiency and deficiency among the pregnant women was 77.5% at baseline.

The researchers were interested in the effects of vitamin D supplementation on risk of maternal complications and infant health outcomes. They specifically looked at preterm labor, pre-eclampsia, gestational diabetes, low birth weight, and APGAR scores as the outcomes.

APGAR score is a scale to assess the health of the newborn baby immediately after birth. APGAR stands for the five aspects that the scale assesses: appearance, pulse, grimace, activity, and respiration.

Did supplementation achieve vitamin D sufficiency in the intervention group? Were vitamin D levels associated with maternal complications and the infant’s health? Here is what the researchers found:

“High dose vitamin D supplementation therapy in pregnancy can help in reducing the incidence of gestational hypertension/preeclampsia, preterm labor/births; and have a beneficial effect on the neonates.”

“All women need to be given supplemental vitamin D during pregnancy, as there is inadequate sun-exposure as well as dietary intake of vitamin D in the majority.”

This study adds further emphasis on the importance of vitamin D supplementation during pregnancy.

There are several strengths of this study to acknowledge. First, the researchers used the gold standard for study designs, a randomized controlled trial. This limits bias and the effect of potential confounding factors on the results. Another strength to highlight is that supplementation was based on baseline vitamin D levels.  However, only about half of the women achieved sufficiency from the supplementation group.

Further studies should use higher and more frequent dosages and achieve greater rates of sufficiency in the intervention group.  Also, it will be necessary at some time to see if daily dosing of vitamin D is better than bolus dosing.

Sablock A., et al. Supplementation of Vitamin D in pregnancy and its correlation with feto-maternal outcome. Clinical Endocrinology, 2015.

Amber is the Program Manager for the Vitamin D Council. Her responsibilities include writing articles, editing, fundraising and brainstorming ways for the VDC to grow. Outside of work, she loves to enjoy the beautiful hills, beaches and sunshine in the Central Coast of California.
View all posts by Amber Tovey →
gestational diabetes pre-eclampsia pregnancy preterm birth