New study: Vitamin D levels of the Maasai and Hadzabe of Africa 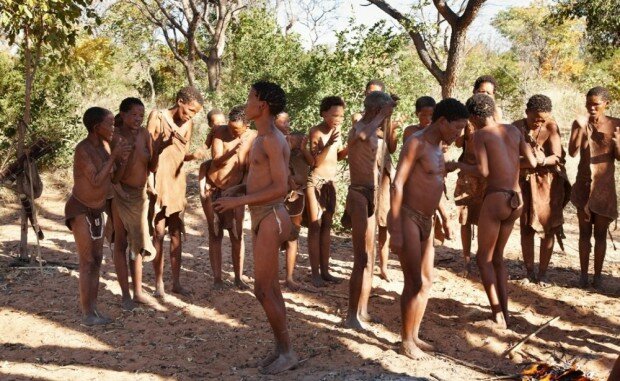 The most frequent question we get at the Vitamin D Council is, “What vitamin D blood level should I have?” For the last seven years, we have recommended 25(OH)-vitamin D levels of around 50 ng/ml (125 nmol/L), which was our estimate of what vitamin D levels would be in very dark-skinned, scantily clothed peoples who live around the equator. Until yesterday, some of the best evidence we have had to support that recommendation comes from a 1971 study of 8 consistent sun bathing white lifeguards in Saint Louis, Missouri, whose levels ranged from 50-80 ng/ml.

Yesterday, Dr. Martine Luxwolda and colleagues at the Dutch University Medical Center Groningen reported the vitamin D levels of 60 pastoral “hunter-gatherers” (35 Maasai and 25 Hadzabe), who live within a few degrees of the equator in Tanzania. All of the subjects had skin type 6, which is the black shiny skin common to those who come from equatorial regions, and also the skin type which needs the most sunlight to produce robust amounts of vitamin D. The authors added, somewhat tongue in cheek, that the natives did not use sunscreen.

The Maasai are no longer hunter-gatherers but live, along with their cattle, either a settled or a semi-nomadic lifestyle. They wear sparse clothes, which mainly cover their upper legs and upper body, and attempt to avoid the sun during the hottest part of the day. They eat mainly milk and meat from their cattle, although recently they began to add corn porridge to their diet. Their mean 25(OH) vitamin D level was 48 ng/ml (119 nmol/L) and ranged from 23 to 67 ng/ml.

The Hadzabe are traditional hunter-gatherers. Their diet consists of meat, occasional fish, honey, fruits, and tubers. They have no personal possessions. They wear fewer clothes than the Maasai in that the men often wear nothing above the waist. Like the Maasai, they avoid the sun during the hottest part of the day. Their mean 25(OH)D was 44 ng/ml and ranged from 28 to 68 ng/ml.

Many of us have been waiting years for this data. To me, it means that the Vitamin D Council’s recommendation of 50 ng/ml is just about right, although I cannot argue with someone who recommends a level of 55 ng/ml. Remember, when errors in measuring vitamin D are made, they usually are overestimates. Thus, if mean natural levels are around 45 ng/ml, keeping your level around 50-55 ng/ml keeps you within what both the Maasai and the Hadzabe are telling us.

Dr. John Cannell is founder of the Vitamin D Council. He has written many peer-reviewed papers on vitamin D and speaks frequently across the United States on the subject. Dr. Cannell holds an M.D. and has served the medical field as a general practitioner, emergency physician, and psychiatrist.
View all posts by John Cannell, MD →
Hadzabe Maasai vitamin d

4 Responses to New study: Vitamin D levels of the Maasai and Hadzabe of Africa