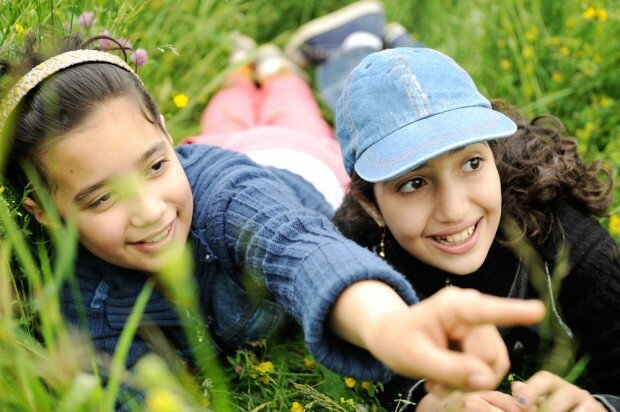 Type 1 diabetes (T1D) is an autoimmune disease, in which insulin-producing cells in the pancreas are destroyed by the child’s own immune system. Genetic factors play an important role, but so do environmental factors. For example, in identical twins, when one twin develops T1D, the other twin develops T1D only 30%–50% of the time, despite having exactly the same genome. This suggests environmental factors, in addition to genetic factors, can influence the disease’s prevalence. The incidence of T1D has been increasing by about 3% per year for the last 40 years, and no one knows why. Although, the increased trend of T1D parallels sun avoidance.

One of the most dramatic graphs in epidemiology is the graph Professor Cedric Garland and colleagues found between latitude and T1D (R2 = .25, p<.001>

It suggests the possibility that sunshine is involved in T1D, and provides a possible explanation as to why some people have to give themselves shots of insulin every day for the rest of their lives, and some don’t. If you look closely at the graph above, you will see the incidence of T1D is higher in Finland (latitude 64 degrees North) than almost any other country. However, you will also notice the incidence of T1D is greatest in Sardinia (latitude 40 degrees N); so sunshine, if it is involved, is only one of several factors involved.

Findings on the seasonality of T1D onset in the two countries, generally lowest in June (not during the highest vitamin D month: August), suggests again, that if sunlight is involved in T1D, it is only one of several such factors.

Also, do not rush to the idea that if sunlight is involved, it must be attributed to vitamin D. Sunlight affects the human body in a number of ways, including several non-vitamin D effects on the immune system.

Thus, mechanisms  and basic science research  becomes very important. If vitamin D is involved, what is the mechanism? A recent RCT from Austria by Dr. Gerlies Treiber and colleagues found that vitamin D helps the immune system in T1D.

Thirty young patients (mean age 14) with new onset T1D were randomized to either receive vitamin D or placebo for 12 months. The vitamin D arm was especially noteworthy as they used daily vitamin D in a physiological dose (70 IU/kg/day) – that’s right, based on body weight with double the dose (140 IU/kg/day) during the first month. As I weigh 100 kg, I would have taken 14,000 IU/day the first month followed by 7,000 IU/day for a year. The treatment regimen increased 25(OH)D from around 25 ng/ml at baseline to 60 ng/ml in one month and maintained it there for 12 months. This is the first RCT I know of that used such a physiological regimen.

“Cholecalciferol supplementation after T1D onset is able to improve suppressive capacity of regulatory T cells but does not alter circulating  . . . Tregs. This randomized controlled trial confirms the potential of vitamin D in immunomodulation of T1D disease progression and recommends cholecalciferol as one possible agent in the development of combination therapies for T1D.”

This is an important study that has not received any press at all. This RCT means that children who are initially diagnosed with T1D should immediately start a loading dose of vitamin D, about 100 IU/pound/day for one month followed by about 50 IU/pound/day, along with their insulin. The vitamin D may slow down the self-destruction occurring in their pancreas.

Dr. John Cannell is founder of the Vitamin D Council. He has written many peer-reviewed papers on vitamin D and speaks frequently across the United States on the subject. Dr. Cannell holds an M.D. and has served the medical field as a general practitioner, emergency physician, and psychiatrist.
View all posts by John Cannell, MD →
latitude sun exposure type 1 diabetes vitamin d supplementation