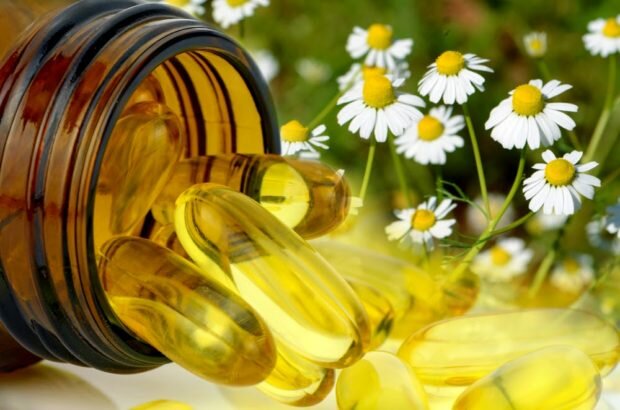 I have been working since 2007 to learn about this vitamin, after receiving devastating news that my 17 year old daughter had Multiple Sclerosis. I was angry, and I wanted to understand why this happened. I read everything I could get my hands on, every journal, study, YouTube video, to see what everyone else was hearing and seeing. Diet, Epstein-Barr, obesity, genetics, so many different potential factors but the one factor that I kept seeing everywhere was vitamin D deficiency. Seemed likely since we cover in sunscreen to prevent skin cancer, avoid the sun for its damaging effects, and yet never think about what we are robbing our bodies of at the same time and not replacing.

My daughter was put on a daily injecting medication that cost us out of pocket $2200.00 each month, the insurance paid the other $3000.00. The relapses continued, her reactions continued, I grew more desperate to help her. I feared for her and her future. I feared for her life. We increased her dosage from 2000 IU daily to 10,000 IU, with her Neurologist okay. She seemed to stabilize, was it the medication finally doing its job or the increase in vitamin D? I decided to increase her to another 10,000 IUs each day for a total of 20,000 IU and after one pretty horrific physical reaction to an injection we stopped the medication all together, and waited. We used no other meds, continued on the higher dose of vitamin D daily, did labs to be sure we stayed in a safe range (74 ng/ml) and said a prayer. She continued doing well. Her fatigue abated, her energy returned she looked amazing and was a full time college student now.

When we repeated her MRI’s in 2013 and her Neurologist told her if he had not seen her initial MRI’s when she was diagnosed in 2007, he saw no new signs of the disease and the previous evidence of disease was almost entirely gone. He stated, “it’s remarkable.” He told us to keep up with whatever we were doing, because she was in full remission. Only then did I reveal we had stopped the medication in 2011, and was only using vitamin D at 20,000 IU daily. He checked her chart and remarked her level was perfect. He smiled and said, “clearly its working for you.” As he began to exit the room he turned and said, “you’re the second patient in my practice using only vitamin D therapy and having excellent results,” he hugged us both and said, “I pray I will never see you again” with a smile. I knew what he meant. While he could not recommend the therapy for her disease, it clearly was working.

We are now in 2016, and she has not had one episode since 2010. Her fatigue is gone, her health is perfect. We do labs twice a year and work with her primary doctor to check all her other labs to be sure nothing goes off course. Even though she is on a very high dosage of vitamin D, her vitamin D level has never been above 76 ng/ml, which tells me she requires more than the “recommended” dosage for whatever reason (genetics, body type, I don’t know). I discovered Dr. Cicero Coimbra and his recent studies and success with high dose Vitamin D and am astonished at the results. I think this is huge news. It may not be for everybody, I understand, but you owe it to yourself to work with your doctor to see if maybe it might!

I began the entire family on vitamin D daily in 2010 and we have all been very healthy, one cold in six years, our labs continue to reflect only positive things and as a result I placed my mom who is 74 and has struggled with IBS for years on a 10,000 IU dosage which after seeing her primary care doctor yesterday was told, you are in excellent health, her labs were perfect. She has been free from her IBS symptoms now for three years, which had never happened with all the medication she has taken over the years to manage her symptoms. She believes too, its the D!

Clearly you have to work with your doctor. Clearly you have to do your own research and find answers that sometimes even doctors do not know, and you have to know what this vitamin does and just how vital it is to our human bodies. ADVOCATE FOR YOURSELF! I have spent since 2007 learning just how vitamin D works and while I am not a doctor, I believe I have my degree in “D”! I follow the Vitamin D Council for the latest news, information and updates. I find I refer a lot of people to the site too as it is spelled out so easily and understandably. How to take it, why it matters, how it works, it is priceless information really.

In closing, the only problem I find is folks’ hesitancy to understand vitamin D in comparison to medications. They will quickly follow a doctor’s script, but won’t believe that something so simple just might be a component to their health concerns. I realized that it’s okay; I have found my answers, what works for our family and my daughter. Others have to do what they believe is best for them too. Oh and by the way, she completed college, with double degrees. She is doing amazing and is still disease free!

Don’t be afraid to learn and don’t be afraid to try, work with your doctors but know this vitamin could be the sunshine you have been missing in your life! THANK YOU VITAMIN D COUNCIL……..ONE RAY AT A TIME YOU ARE CHANGING LIVES!

*The Vitamin D Council advises individuals to seek approval from medical professionals prior to using dosages higher than 10,000 IU daily. While vitamin D toxicity is rare, it’s important to get your vitamin D levels checked to ensure you are within the optimal vitamin D status of 40-80 ng/ml.