How does vitamin D status influence the effects of Lipitor in children with lupus? 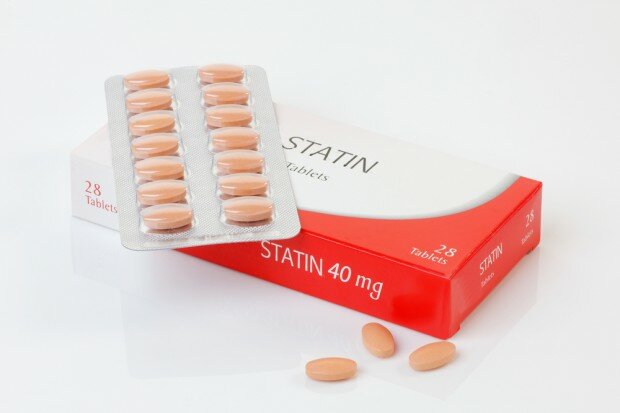 New research published in Lupus Science & Medicine reports that, in children with lupus, a higher vitamin D status increases the effectiveness of atorvastatin in reducing progression of carotid artery thickness.

Statins and vitamin D have an interesting, and still not completely understood relationship. It has been suggested in some reports that statin use can actually increase, or contribute to, an increased vitamin D status. Results from some studies indicate that vitamin D improves both the effectiveness of statins and outcomes related to statin use.

Take a study from around this time last year as an example. In this study, researchers looked at the effects of vitamin D supplementation on lowering cholesterol levels and found that vitamin D reduced LDL cholesterol levels only among those taking atorvastatin, a statin marketed under the name Lipitor.

Statins are one of the most commonly prescribed medications used mainly for lowering cholesterol. However, it is also prescribed to patients with autoimmune disorders, cancer, Alzheimer’s disease, and cardiovascular conditions.

Recently, researchers examined whether or not vitamin D status influenced the effectiveness of Lipitor in reducing carotid intima medial thickness (CIMT) in children with systemic lupus erythematosus, commonly referred to as just lupus.

CIMT is a measurement of the thickness of the two innermost layers of the carotid arterial walls. A thicker carotid artery is strongly associated with atherosclerosis and other cardiovascular conditions.

In recent years, patients with lupus have seen a decline in lupus-related mortality in almost all areas. Yet, mortality from cardiovascular disease remains a significant risk to this patient population.

For their study, the research team conducted a secondary analysis of participants from the Atherosclerosis Prevention in Pediatric Lupus Erythematosus (APPLE). APPLE was a 3-year trial in which 221 children and young adult patients with lupus were randomly assigned to receive Lipitor or a placebo to determine the effect that Lipitor has on progression of CIMT.

At the start of the study, two measurements of CIMT were taken in all of the patients. Fasting lipid levels, disease activity, and C-reactive proteins were also measured at baseline.

To determine vitamin D status, the researchers analyzed frozen blood samples taken at baseline and one year into the study. For the current analysis, 79 patients, who were on average 16 years of age, from each of the original groups had available samples to measure vitamin D levels.

The original results from APPLE and from another large study, the Lupus Atherosclerosis Prevention Study, showed no significant effects of taking atorvastatin on changes in CIMT compared to placebo.

The researchers, therefore, wanted to determine if vitamin D status mediated the effect that Lipitor has on CIMT.

“For the first time in lupus, we find that vitamin D status may affect response to atorvastatin in cardiovascular risk and CIMT progression over time.”

“Results from secondary analyses must be interpreted cautiously, but these findings suggest that underlying vitamin D deficiency may negatively impact the efficacy of atorvastatin in atherosclerosis prevention.”

The observational design is the study’s biggest limitation. This means that we do not if vitamin D status causes Lipitor to be more effective in reducing CIMT progression.

This research adds to the ever-growing evidence for a unique interaction between vitamin D and statin use. With the results from this study in mind, further intervention trials should be designed to correct for vitamin D deficiency and determine if that has a direct effect on the response to Lipitor.

Jeff Nicklas was a staff member for the Vitamin D Council from October 2013 to January 2015. He is now pursuing his passion for public health through graduate studies.
View all posts by Jeff Nicklas →
lupus statins