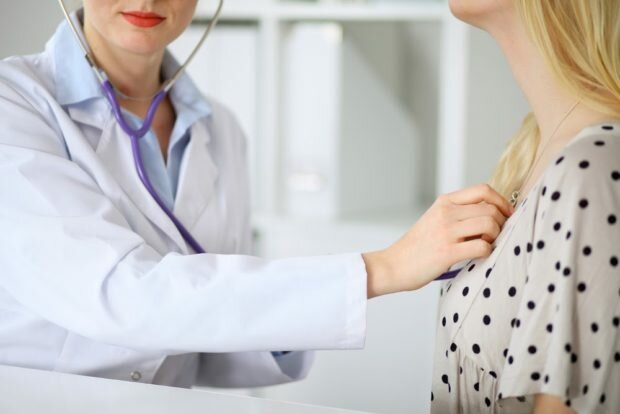 A recent clinical trial published in the journal PLOS ONE discovered that vitamin D supplementation significantly reduced antibiotic use among immunodeficient individuals.

The term immunodeficiency refers to the state in which the immune system’s ability to fight infection is weakened or absent, making an individual susceptible to infection and disease.

Antibiotics are a common and effective treatment for infection. In fact, they have been used for the last 70 years to treat patients with infectious disease. While antibiotics have significantly reduced illnesses and deaths from infectious disease, society faces a dangerous consequence as the result of their over use.

Bacteria possess the ability to adapt. They can very rapidly change their genetic make-up in response to the environment. This allows bacteria to potentially resist antibiotics, which is known as antibiotic resistance.

According to the CDC, at least 2 million people a year become infected with bacteria that are resistant to antibiotics in the United States. Of those 2 million people, at least 23,000 people die each year as a result of these infections.

In 2015, the White House created The National Action Plan for Combating Antibiotic-Resistant Bacteria (CARB). CARB set a goal of reducing unnecessary antibiotic use by at least half by 2020. Finding alternative methods to fight infections will assist in achieving this goal. A recent study has shown vitamin D may prove to be a simple and affordable way to avoid antibiotic use in some cases.

Vitamin D plays an important role within the immune system by promoting the synthesis of antimicrobial proteins, like cathelicidin, which destroys the cell wall of some microbes. Previous research has illustrated the benefits of vitamin D supplementation for the prevention of various types of infections, such as respiratory tract and urinary tract infections.

A randomized controlled trial found that daily supplementation with 4000 IU of vitamin D for one year resulted in significantly reduced antibiotic consumption and respiratory tract infections. To provide more clarity on the relationship between vitamin D and antibiotic use, the same research team conducted another study.

The recent study included 277 immunodeficient participants who were recruited from the Immunodeficiency Unit at the Karolinska University Hospital in Stockholm, Sweden. All participants were considered vitamin D insufficient as defined by levels of 30 ng/ml (75 nmol/l) or less, and all received 1,500 IU to 1,600 IU of vitamin D every day for one year.

The researchers used the Swedish Prescribed Drug Registry to determine antibiotic use for each patient the year before and the year after the beginning vitamin D supplementation.

They continued to state,

“The clinical implications of our findings are potentially important. It seems possible that vitamin D supplementation can reduce the number of antibiotic prescriptions.”

To ensure that vitamin D supplementation led to reduced antibiotic prescriptions, the researchers retrieved information on all prescriptions received during the two years of the study. They wanted to know whether antibiotic use decreased among the overall population as well; this would signify that another factor was likely attributed to the decreased antibiotics. However, they found that before the study began, there were 55 prescriptions per month, and after the study began, there were 62 prescriptions per month. While this information helped the researchers rule out other factors that could possibly affect antibiotic use, it cannot be said for certain that vitamin D supplementation was solely responsible for these results as the study did not include a control group. Placebo effect may have influenced the results. Placebo effect occurs when a person has the expectation that their treatment will lead to improvements, and their positive thinking causes a change in symptoms.

The study sheds light on vitamin D’s potential role in helping fight antibiotic resistance. However, the study used a daily dose of 1600 IU, which leaves one to wonder whether this relatively small dose restricted the benefits of vitamin D supplementation. If the patients had supplemented with the Vitamin D Council’s 5000 IU daily, would the effects be amplified? Furthermore, the study only included immunodeficient individuals. Thus, further clinical trials are needed to evaluate whether vitamin D supplementation reduces antibiotic prescription among the general public.

Norlin, A. et al. Vitamin D3 Supplementation and Antibiotic Consumption – Results from a Prospective, Observational Study at an Immune-Deficiency Unit in Sweden. PLOS ONE, 2016.

Amber is the Program Manager for the Vitamin D Council. Her responsibilities include writing articles, editing, fundraising and brainstorming ways for the VDC to grow. Outside of work, she loves to enjoy the beautiful hills, beaches and sunshine in the Central Coast of California.
View all posts by Amber Tovey →
antibiotics immune system vitamin d supplementation

2 Responses to Does vitamin D supplementation reduce antibiotic use?