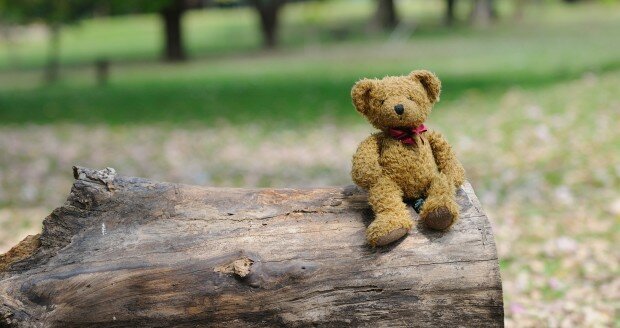 I have a baby girl that I exclusively breastfed for the first 6 months. During her 6-month checkup in June, her legs were bent over the side of the table while the nurse leaned against my daughters legs to keep them from moving while she administered shots. When symptoms from the vaccines went away there seem to be some swelling in her leg, I took her to the ER where the x-rays showed multiple fractures. I asked about the possibility of my daughter having low vitamin D because I have it and I never took her outside or gave her vitamin D when I was breastfeeding her. The doctors at the hospital dismissed it and would not draw the test because the doctor said low vitamin D would not cause fractures. My daughter was taken June 8; she is still in Child Protective Services and is now almost 10 months old.

Now, CPS just does not want to look like they were wrong. “They jumped the gun too fast,” so to speak. This is a very small town and many people including some of the officials in the community know or are familiar with my family. No one can believe I did this and that CPS would take our baby from us. I have two other daughters 7 and 4 that are still here in the home with me. I feel like my hands are tied.

The lab informed me they still have a little bit of her blood frozen on file from the end of July. I do not know if this will help or not. Should I ask for an immediate Vitamin D test? I stopped trying to convince CPS a while ago because they were not listening to me, so I started doing my own research. That is why I contacted you.

First, I do not know how to prove it to CPS that my daughter had vitamin D deficiency. She was started on formula right away in June while in CPS care, even though I tried to still nurse her when I got to see her. She fully weaned sometime in July onto formula, but my daughter still was getting mostly formula since early June. My vitamin D level was very low about eight months after I gave birth.

Second, I have Ehlers-Danlos syndrome. I too have had multiple fractures including all of my ribs, my right clavicle three times, and my nose. I also read from a study that fractures are likely to affect people with Ehlers-Danlos. Also, isn’t it a 50% chance that my daughter has Ehlers-Danlos as well? I have not informed CPS of this because no matter what I say, they are right and I am wrong.

How do you prove this to CPS? How do you prove my daughter has Ehlers Danlos or did not have enough vitamin D at the time of the fractures? I have the x-rays; there are three sets if they will help. To satisfy CPS they want something concrete. More or less something concrete will be the only thing to get the judge to give my daughter back. Again, it seems to be whatever CPS says, goes.

I need a pediatrician in Virginia area who is knowledgeable about Ehlers Danlos and vitamin D. Any information you can provide would be greatly appreciated.

I am so sorry but count your blessings that DA filed no criminal charges and, according to our phone conversation, thinks you’re innocent. Usually, charges are filed and the family is broken and someone goes to prison. Unfortunately, the DA usually has no control over the actions of CPS.

First, your baby’s vitamin D level after four months of formula will be out of the rachitic range now and the blood from July will reflect the formula she drank in June and July. If you had blood from June, after six months of solely breast-feeding without supplementation, her level would have been very low. However, you have the x-rays from June and they probably show subclinical rickets if good copies are assessed by a knowledgeable radiologist. I have sent a copy of this reply to such a radiologist; perhaps just his reading of the x-rays will help you get your baby back.

Second, you are right, in most types of Ehlers-Danlos, there is a 50% chance your baby inherits it. It has been misdiagnosed as child abuse before.

Third, I think it more likely the fractures were caused by vitamin D deficiency, which, because of the vitamin D in formula, can only now be proven by the x-rays. I think this because your levels were low and your baby had no source of vitamin D the first six month of her life. I’m glad you asked for a vitamin D level in June and that the doctor documented your request.

Fourth, be extra polite to CPS. I know they may seem tyrannical at times, but they deal with horrendous things sometimes and are hardened by it. Keep your baby in mind when you talk with them.

Fifth, I am asking readers of this newsletter to respond if they know of a pediatrician in the Virginia area who is knowledgeable about Ehlers Danlos syndrome and infantile vitamin D deficiency, as both can cause infantile fractures. I will forward any responses on to you.

I will keep in touch with you until this injustice is over.

Dr. John Cannell is founder of the Vitamin D Council. He has written many peer-reviewed papers on vitamin D and speaks frequently across the United States on the subject. Dr. Cannell holds an M.D. and has served the medical field as a general practitioner, emergency physician, and psychiatrist.
View all posts by John Cannell, MD →
child abuse rickets