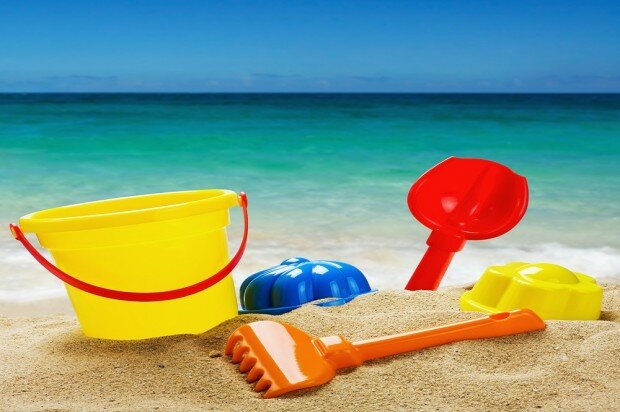 Recently, Dr. John Cannell was asked to serve as an expert witness on two cases of alleged child abuse. When a child presents with multiple unexplained fractures, it is commonly diagnosed as child abuse and the infant is subsequently removed from the parents’ care. What is often overlooked in these cases is the possibility of infantile rickets.

In these cases, pediatric child abuse experts often follow the advice of the American Academy of Pediatrics’ Committee on Child Abuse and Neglect. Members of that Committee often appear as expert witnesses for the state but rarely for the defense.

In this blog, Dr. Cannell provides an overview of the two cases he was involved with and their outcomes. He then discusses the issues behind child abuse cases and how tests for infantile rickets could lead to a significant reduction in innocent parents having their infant removed or being sent to prison.

The parents repeatedly brought their four-month-old winter-born infant to medical professionals due to an unexplained swelling over the left clavicle and symptoms of failure to thrive.

An x-ray of the clavicle found a fracture as well as incidental rib fractures. A skeletal survey revealed multiple fractures including multiple posterior rib fractures in various stages of healing. Medical examination revealed a history of excessive sweating but no bruising or evidence of internal injuries.

The infant’s initial vitamin D level was 13 ng/ml and his alkaline phosphatase (AP) was elevated at 1028 IU/L. High levels of AP can indicate bone disorders such as rickets. Serum calcium (CA) and phosphorous (P) were within normal limits but parathyroid hormone (PTH) was mildly elevated.

The states’ experts interpreted his x-rays as showing no evidence of rickets or other metabolic bone diseases. A diagnosis of child abuse was made and child protective services removed the child from his home.

Radiology, endocrinology and pediatric child abuse experts at an academic medical center ruled out any metabolic bone disease and confirmed the diagnosis of child abuse.

The parents moved to have their son brought back home but child protective services refused. The state hired the three academic experts described above while the parents hired radiology and endocrinology experts, as well as myself. The parents displayed no evidence of psychopathology. All eyewitnesses to the parents interactions with the infant reported the parents were excellent parents and never abusive.

The experts for each side reviewed the same medical records and submitted reports that arrived at opposing conclusions. The states’ experts all diagnosed child abuse per AAPCCAN diagnostic guidelines while the parents’ experts diagnosed healing infantile rickets.

The court accepted the expert reports into evidence, heard testimony, and subsequently ruled that the infant be returned to his parents.

The parents repeatedly brought their three-month-old winter-born infant to the attention of medical personnel for bruising, swelling over the left femur and failure to thrive.

X-rays revealed a spiral fracture of the right femur and a skeletal survey revealed multiple fractures, including posterior rib fractures, in various stages of healing. Several apparent bruises were noted but none were present over the fracture sites. Physical examination showed no evidence of internal injury.

The infant’s 25(OH)D level was 12 ng/ml and his AP was elevated at 446 U/L. Serum CA, P and PTH were within normal limits.Two radiologists ruled out metabolic bone disease and diagnosed child abuse. The child was referred to a medical center where a radiologist and pediatric child abuse expert agreed with the diagnosis of child abuse. Child protective services had the infant removed from the home.

The infant’s physician testified that the bruises were actually Mongolian spots, where are birthmarks. All eyewitnesses to the parents’ interactions with the infant reported the parents were never abusive. The parents showed no evidence of psychopathology on psychiatric examination.

A hearing was held where extensive expert testimony was heard and the court promptly ruled to return the infant to the parents.

Additional questions need answering: Wouldn’t parents who abuse their infant severely enough to cause multiple fractures show evidence of psychopathology? Why do all eyewitnesses to parental behavior report the parents were concerned and loving? Are members of AAPCCAN impartial experts or do they almost always testify for the state?

In modern studies, fractures in young children have not been associated with vitamin D deficiency.2 However, fractures have historically been a complication of rickets.3,4 In 1921, Park and Howland found spontaneous multiple rib fractures in 22 children with rickets, the majority also exhibiting multiple extremity fractures.5

Few dispute that rickets is becoming more common due to the vitamin D deficiency.6 However, a Medline search for “healing infantile rickets” revealed no useful references except for one. A recent paper published by four radiologists stated that healing infantile rickets has a much different radiological presentation than classic rickets, one that is often mistaken for child abuse.7

We do know, using uterine ultrasound, that about one-third of fetuses in Southampton, England, have evidence of rickets, as evidenced by the classic finding of splaying or flaring at the end of the femur.8 They found signs of rickets was common in fetuses whose mothers had vitamin D levels less than 20 ng/ml, and even saw a suggestion of rickets in some fetuses with levels between 20 and 30 ng/ml.

Little is known about infantile rickets in the modern age. In 1942, Clements performed the largest known prospective analysis of subclinical rickets in early infancy.9 Nearly half of all of the full-term infants that Clements studied developed subclinical rickets. The prevalence increased after the first month, peaked in the third month and disappeared by eight months.

In 1952, American pathologists found that 83% of three-month-old infants who died from other causes had rickets.10 As recently as 1958, even in sunny Israel, rickets was present in 17% of infants, the majority of cases occurring in infants younger than six months.11

A more recent postmortem examination of a cohort of 52 children who died of various causes reported rickets in 10 children with 25(OH)D levels less than 10 ng/ml but radiology was abnormal in only 30% of these cases.14 Eight infants with 25(OH)D levels between 10 and 20 ng/ml had rickets but radiology was normal in 100% of these children. Three of the infants had fractures.

A German study of bone biopsies in a large population of adult cadavers found that 25% of the cohort had adult rickets (osteomalacia) on bone biopsy but it was not found on X-rays.15 The authors did not find osteomalacia in any patient with circulating 25(OH)D above 30 ng/ml. These studies raise the issue that many practicing radiologists miss vitamin D-related metabolic bone disease, such as rickets.

Forty-five percent of Caucasian women residing in the northern United States are vitamin D insufficient when they give birth in spite of taking prenatal vitamins.20 At the most, only 35% of American infants consume the daily intake of vitamin D recommended by the American Academy of Pediatrics.21 Breast milk has almost no vitamin D in it unless the lactating mothers are taking 4,000 IU/day of vitamin D3.22 In preventing and treating vitamin D deficiency, there is a wide divergence between expert opinion and standard clinical practice.23

It is not widely appreciated that the gold standard for the diagnosis of rickets is a bone biopsy, not an x-ray. In writing about metabolic bone disease, such as rickets, a current textbook of orthopedic pathology states, “In subtle cases absolute certainty require tissue examination.”24 (pp. 104) The authors add, “A bone biopsy is indicated in every patient in whom a cause of fracture is unexplained.” (pp. 127)

Posterior rib fractures are said to indicate abuse,1 but Wei et al reported eight cases of posterior rib fractures in premature hospitalized infants x-rayed before they left the hospital, which excludes the possibility of the parents abusing them.28 In the closely associated “shaken baby syndrome,” the Innocence Project and others are beginning to contend that the syndrome has no firm scientific foundation and that many of the findings thought to be due to “shaken baby syndrome” are, in fact, common in otherwise healthy newborns.29,30

The landmark physical child abuse paper was published in 1962 in the Journal of the American Medical Association by Kempe et al.31 It was this paper, more than any other, that led to the current widespread medical belief that multiple fractures at various stages of healing always mean child abuse.

However, at least some of the radiographs depicted in Kempe et al actually showed rickets; one radiograph even showed classic bowing of the legs.32 This means the seminal paper that started the medical profession on its current course of always diagnosing multiple unexplained fractures as child abuse may have been fatally flawed.

In these two cases, the state tried to use AAPCCAN expert medical testimony about x-rays to provide all the elements of a crime. The details of the state’s allegation, including evidence of a crime, the alleged perpetrator(s), concurrence, sequela of the crime, and motive, were all something the state had no direct evidence of. The state tried to establish these elements via expert medical testimony. Such cases are trial by opinion instead of trial by evidence.

14. Scheimberg I, Perry L. Does low vitamin D have a role in pediatric morbidity and mortality? An observational study of vitamin D in a cohort of 52 postmortem examinations. Pediatr Dev Pathol. 2014 Jul 14. [Epub ahead of print]

Dr. John Cannell is founder of the Vitamin D Council. He has written many peer-reviewed papers on vitamin D and speaks frequently across the United States on the subject. Dr. Cannell holds an M.D. and has served the medical field as a general practitioner, emergency physician, and psychiatrist.
View all posts by John Cannell, MD →
child abuse infantile rickets