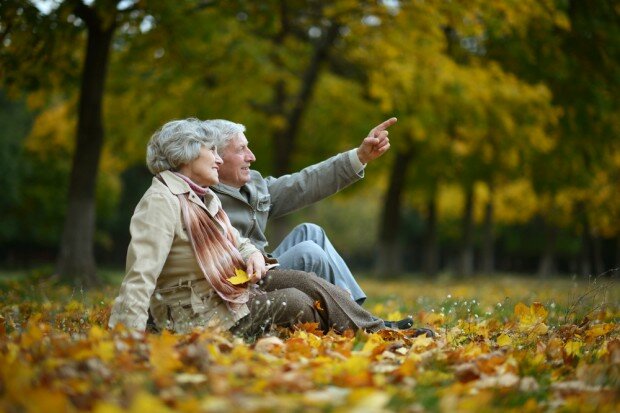 Dr. Jacqueline Petterson, a neuroscientist at the University of British Columbia, recently discovered that verbal fluency peaks when an individual’s vitamin D level is between 40 and 50 ng/ml (100 – 125 nmol/l.)

A similar study in hemodialysis subjects found many more cognitive domains, with the exception of memory, were impaired by low vitamin D levels.

This was also true of elders receiving nursing home services, again with no memory benefit.

Another study which looked at cognitive performance in middle age and youthful elders had the same findings of the two studies above.

The graph below shows Petterson’s findings: 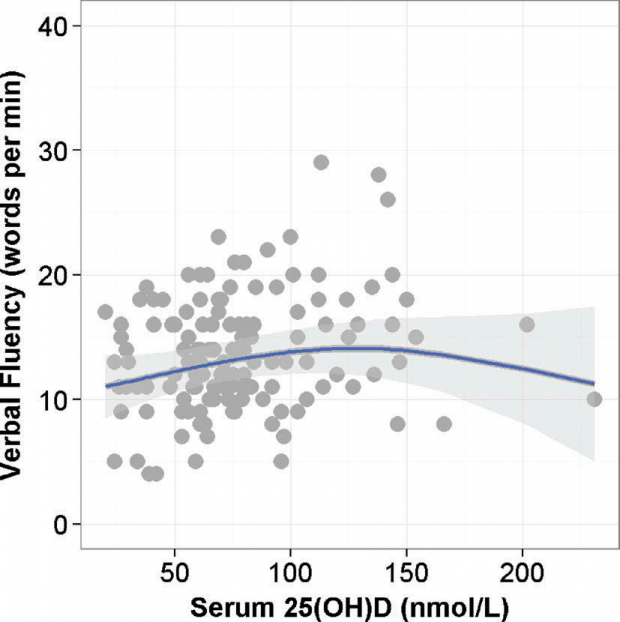 “In conclusion, vitamin D levels exceeding 100 nmol/L (40 ng/ml) were found to be associated with significantly better performance on a verbal (phonemic) fluency task, which primarily assesses executive functioning. This implies that the optimal level for cognition is higher than that for bone health, and higher than previous studies have suggested. Spline analyses suggest that the relationship is not entirely linear, with an optimal level possibly around 120 nmol nmol/L (50 mg/ml).”

Dr. John Cannell is founder of the Vitamin D Council. He has written many peer-reviewed papers on vitamin D and speaks frequently across the United States on the subject. Dr. Cannell holds an M.D. and has served the medical field as a general practitioner, emergency physician, and psychiatrist.
View all posts by John Cannell, MD →
cognition verbal fluency

3 Responses to Are vitamin D levels related to verbal fluency?