What is vitamin D? 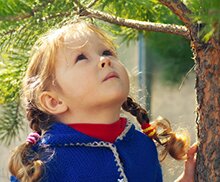 "I believe [vitamin D] is the number one public health advance in medicine in the last twenty years."

Vitamin D is not really a vitamin, but one of the oldest prohormones, having been produced by life forms for over 750 million years. Phytoplankton, zooplankton, and most animals that are exposed to sunlight have the capacity to make vitamin D.

In humans, vitamin D is critically important for the development, growth, and maintenance of a healthy body, beginning with gestation in the womb and continuing throughout the lifespan. Vitamin D's metabolic product, 1,25-dihydroxyvitamin D (calcitriol), is actually a secosteroid hormone that is the key which unlocks binding sites on the human genome. The human genome contains more than 2,700 binding sites for calcitriol; those binding sites are near genes involved in virtually every known major disease of humans.

Vitamin D is measured in International Units (IU) and is potent in small quantities - one IU is equal to only 0.000025 milligrams (mg)! Conversely, 40 IU is equal to one microgram (mcg or μg).

There are several forms of vitamin D: supplemental vitamin D, pharmaceutical vitamin D, and those that exist in the body – what are called vitamin D's metabolites.

Vitamin D3 is real vitamin D, for it is the same substance as what is produced in human skin in response to sun exposure. Supplemental vitamin D3 is derived from either lanolin or cod liver oil extract and is the form of vitamin D that most effectively treats vitamin D deficiency.

Vitamin D2 is derived from fungal sources by activating ergosterol with ultraviolet light. It is not naturally present in the human body and may have actions within the body different to those of vitamin D3.

Although many doctors are still prescribing vitamin D2, vitamin D3 is the preferred form for treating deficiency and is what is recommended by the majority of the experts as well as the Vitamin D Council. 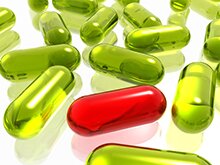 High dose calcitriol use has been known to increase risk of hypercalcemia. Vitamin D analogs are seen as a way to achieve the beneficial effects of calcitriol without this risk.

Calcidiol (25-hydroxyvitamin D or 25(OH)D)
Calcidiol is a prehormone that is made in the liver. Because it is the body's main storage form of vitamin D, the amount of calcidiol available to the body is what determines vitamin D status. When someone refers to "vitamin D levels" they are referring to blood calcidiol levels.
Calcitriol (1,25-dihydroxyvitamin D or 1,25(OH)2D3)
Calcitriol is made from calcidiol, in the kidneys as well as in other organs, and is the most potent steroid hormone in the human body. Referred to as “activated vitamin D,” calcitriol is said by the experts to “unlock” a cell’s DNA library. Acting through the vitamin D receptors (VDR), calcitriol controls the expression of genes, activating about two-thirds of the ones it controls, suppressing the rest. Blood calcitriol levels are not good indicators of the amount of vitamin D should never be used to determine if one is vitamin D deficient.