What is vitamin D toxicity? 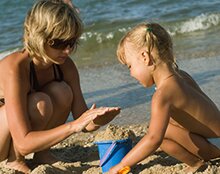 There is no risk of vitamin D toxicity due to sun exposure.

Because the body has a built in mechanism for preventing toxicity with vitamin D produced in the skin, there is no risk of vitamin D toxicity due to ultraviolet-B (UVB) exposure - whether from the Sun or a tanning bed.

Supplemental vitamin D bypasses this built-in protection and, if excessive amounts are consumed over a period of time, 25(OH)D blood levels can reach a point where toxicity is possible.

What exactly constitutes a toxic dose of vitamin D has yet to be determined, though it is possible this amount may vary with the individual.

Upper limit for a substance is the amount up to which is considered safe and without risk of adverse effects in the majority of the population.

Toxicity threshold for a substance is the amount beyond which over-saturation occurs and symptoms of toxicity manifest.

These values for 25(OH)D are as follows:

The large range between 25(OH)D’s upper limit and its threshold value implies a degree of safety at serum levels up to 100 ng/mL (250 nmol/L), since concentrations twice this amount have yet to ever be associated with toxicity. 4 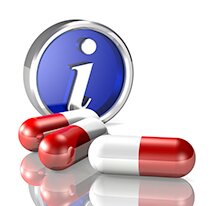 The first sign of vitamin D toxicity is hypercalcuria (excess calcium in the urine) followed by hypercalcemia (high blood calcium). The following symptoms may present:

The immediate symptoms of vitamin D overdose are:

What to do if you think you are vitamin D toxic 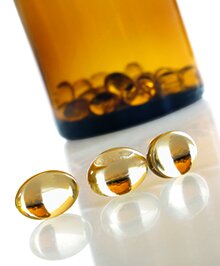 Vitamin D is not toxic when used in the amounts Nature intended.

It is fairly difficult to become toxic using vitamin D3. If you think you may be toxic because you are having an adverse reaction to vitamin D but you have not been using excessive amounts like those described above, your symptoms could be due to reasons other than toxicity.

First thing is to stop supplementation, then have your physician help you determine if you are toxic by testing your 25(OH)D levels. This is the same test used to determine vitamin D deficiency.

Rule out other possibilities

Once 25(OH)D levels have normalized, sunlight exposure and/or vitamin D supplementation can be resumed, taking care not to overdo it.

In most cases, vitamin D toxicity can be corrected without lasting problems, provided the body has not remained in a hypercalcemic state for too long. Hypercalcemia has the potential to cause soft tissue calcification, resulting in deposits of calcium crystals in the heart, lungs, and/or kidneys. With prolonged hypercalcemia, permanent damage is possible if calcification is severe enough.